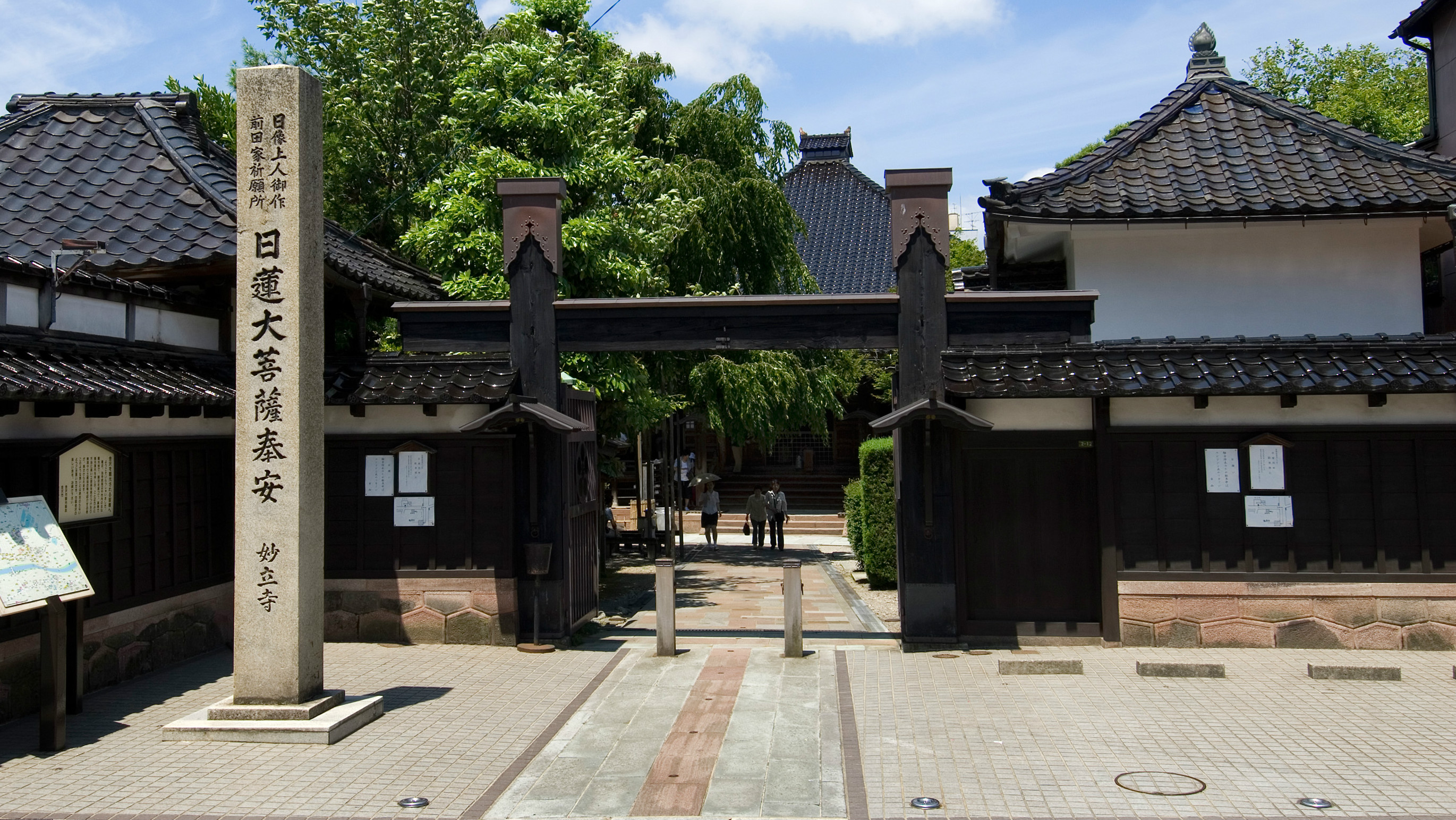 Photography and recordings are not allowed beyond the temple steps.

This sacred place reveals its secrets to in-person visitors only.

Welcome to a Temple of Lies…

…and they begin with its nickname. This “Ninja Temple” (Ninja-dera in Japanese) never housed shuriken-tossing, black-clad assassins. However, it did hold a secret army of samurai that Kanazawa was forbidden to possess.

Although the Edo era was a time of peace, it was also a time of mistrust. The Tokugawa Shogunate were in power, but they feared rebellion. Their greatest rival in lands and power was the Maeda Clan who ruled Kanazawa. 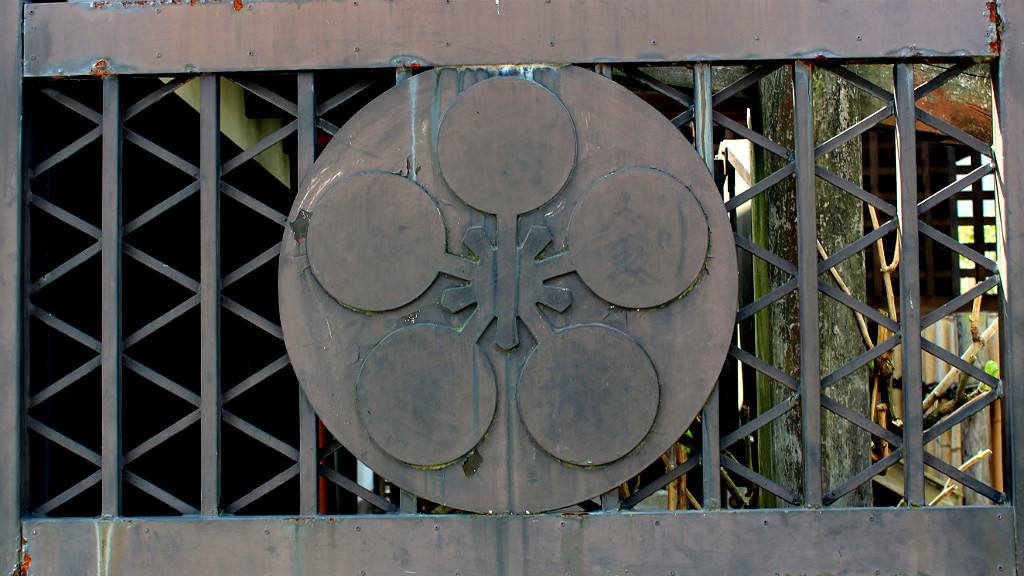 The front gates of the temple feature the Plum Blossom Seal, the family crest of the Maeda Clan.
To keep the Maedas and other clans in check, the Shogunate had strict rules limiting the number of samurai warriors that lords could have. They even limited the number of floors in buildings, so that only the Shogunate’s buildings could be displays of wealth or power.

However, Myoryu-ji Temple in Kanazawa’s temple district of Teramachi defied all such rules. Not only does this temple layer multiple floors, it served as a lookout and a hiding place for the samurai and their lords.

The small windows at the peak of the temple roof served as a lookout tower.
From the outside, with all the doors shut and the offering box at its place near the front door for worshipers to approach, it is simply a slightly large temple. But lift up the box, slide open a wall, or pull up a floorboard, and new passages and deadly traps await, giving this building the name most people know: The Ninja Temple.

Making the Most of Your Ninja Temple Tour

Only the 45-minute, ¥1000 guided tour is available for visitors, and reservations are necessary. (Children between 8 and 12 can enter for ¥700, but children younger than 8 are not allowed.) Early hours and weekdays give the best chance for smaller crowds, which means you can see more. Be sure to arrive at least 10 minutes before your scheduled tour time. 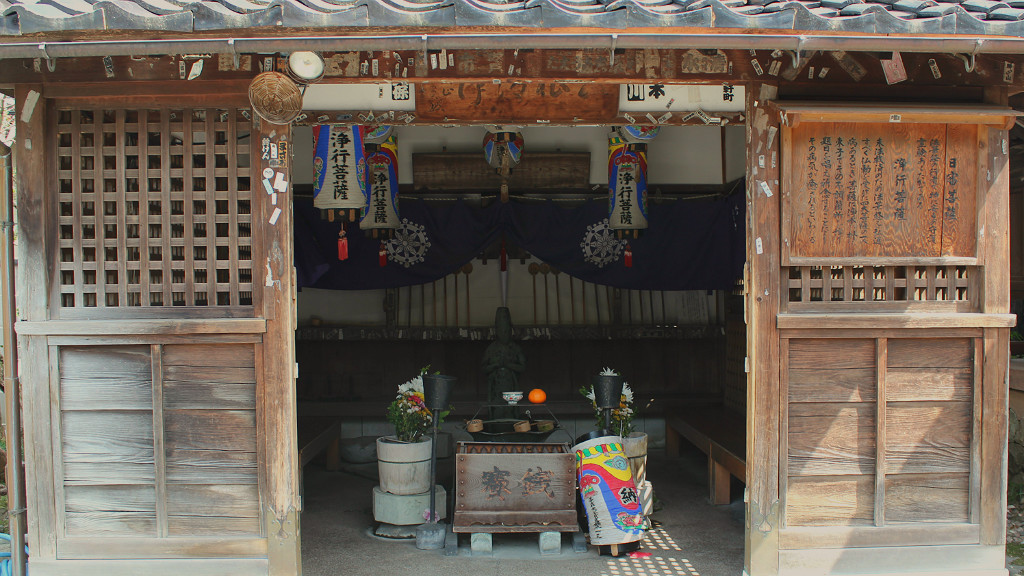 Chouzuya, a cleansing area just outside the main entrance of the Ninja Temple
The tour itself is only in Japanese, but the staff provide alternate language materials. Because much of the temple is poorly lit, reading along the tour may be difficult, so we strongly recommend reading as much of these as possible before smaller groups are formed.

The temple is still used as a place of worship, so be respectful as you explore with your guide, and you will no doubt have a fascinating time! 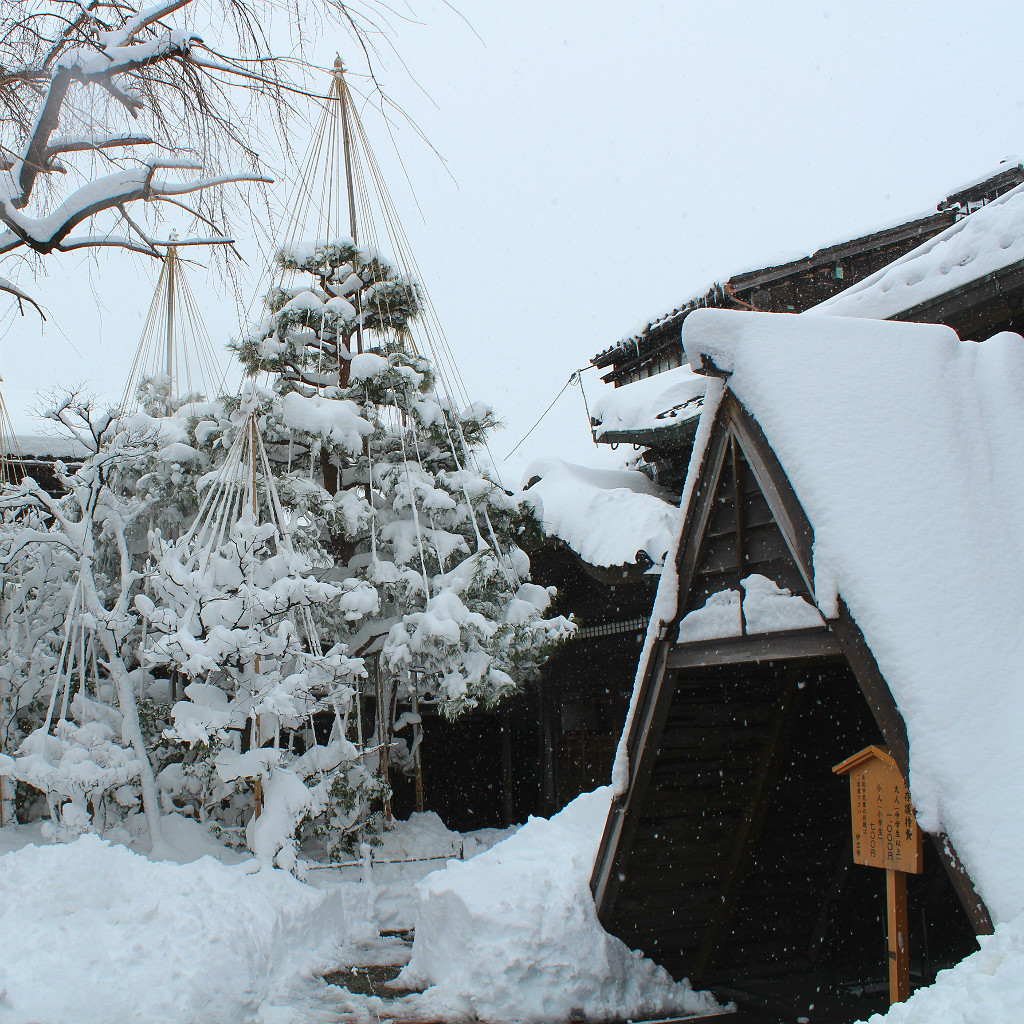 Just a block away from the Ninja Temple is one of our favorite cafe restaurants, Taste & Scent. Although they specialize in vegan and vegetarian dishes, they have other dishes and drinks as well. Fill up on their Lunch Plate for a nice variety of flavor. The Amazake Soy Latte is a particularly favorite drink of mine.

Follow the small path along the Ninja Temple’s main building to leave out the small gate at the back. Keep going straight down this alley and then cross the road. This next alley will jog to the right and will lead right to one end of the western geisha district, Nishi Chaya Gai. The first building you’ll find is the Nakatani Tofu Shop. Pop in for some creamy tofu ice cream.

As always, the concierge at Kaname Inn Tatemachi will happily assist guests in making reservations. Let us know at the front desk that you’d like to go!