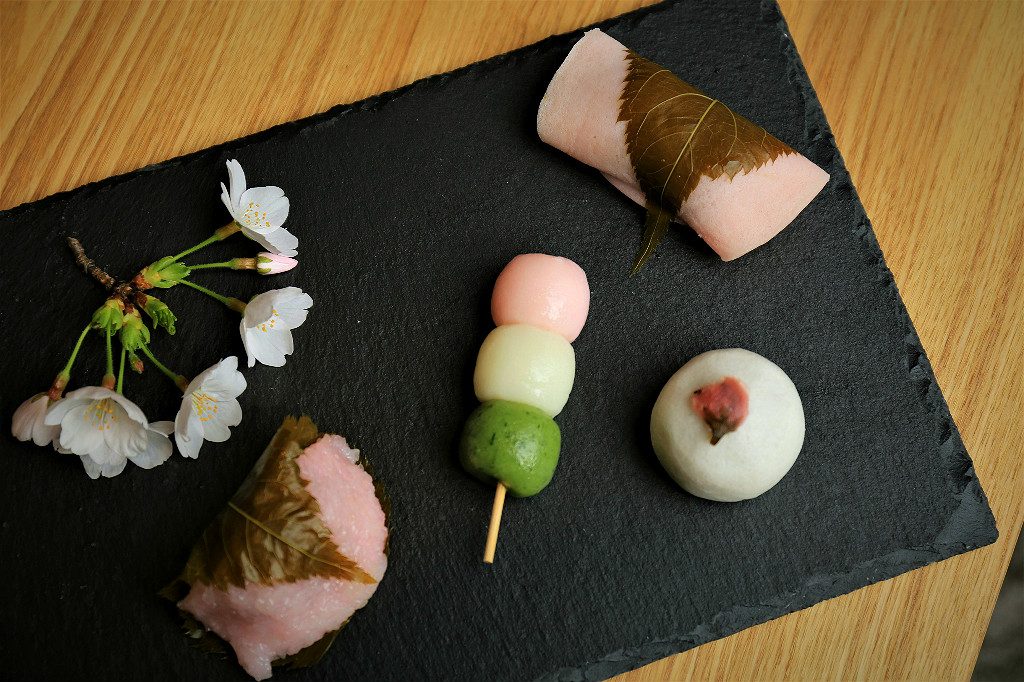 Most folks may already know that one of Japan’s most popular flavors is matcha, the powdered green tea of the iconic tea ceremony. Lesser known is the country’s love for sakura, or cherry blossom flavors. Available a few weeks before the first blooms, these are a must for enjoying the cherry blossom season.

Don’t mistake this flavor for its cherry fruit! Sakura is much more subtle: sweet with a hint of the flower’s fragrance. Heating it for tea or pickling brings out a light sourness. It’s most commonly found in sweet treats, like the ones below. 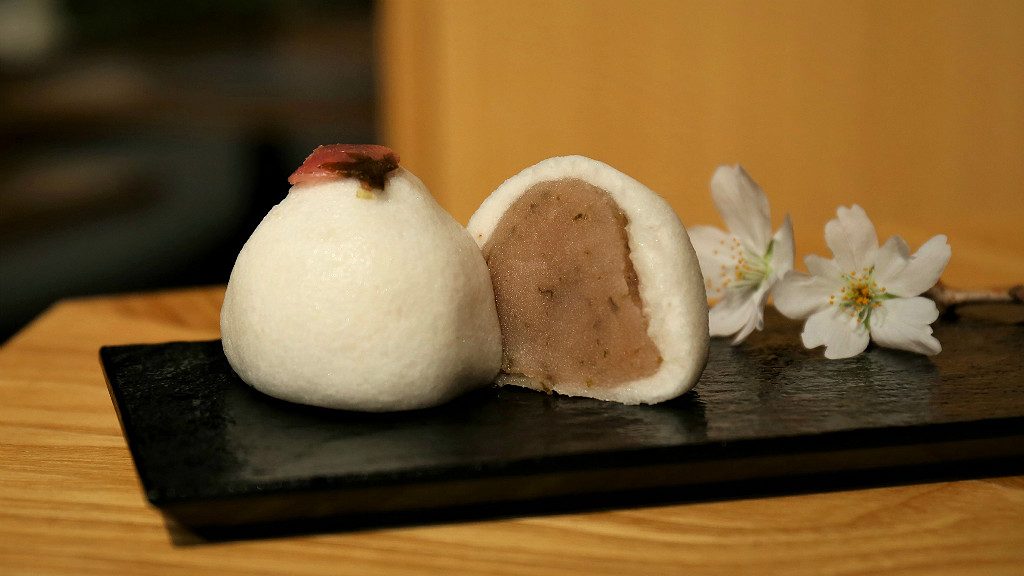 Many traditional Japanese sweets are made from a paste of adzuki, Japan’s sweet red beans. The large seasonally designed soft sweet wagashi served alongside matcha tea is largely made from adzuki. Take that bean paste, wrap in in a flour dough, then steam it, and you have manju! For the sakura variety seen here, include pickled and salted sakura blossom in the bean paste. The final result is a treat with a complex flavor palette. 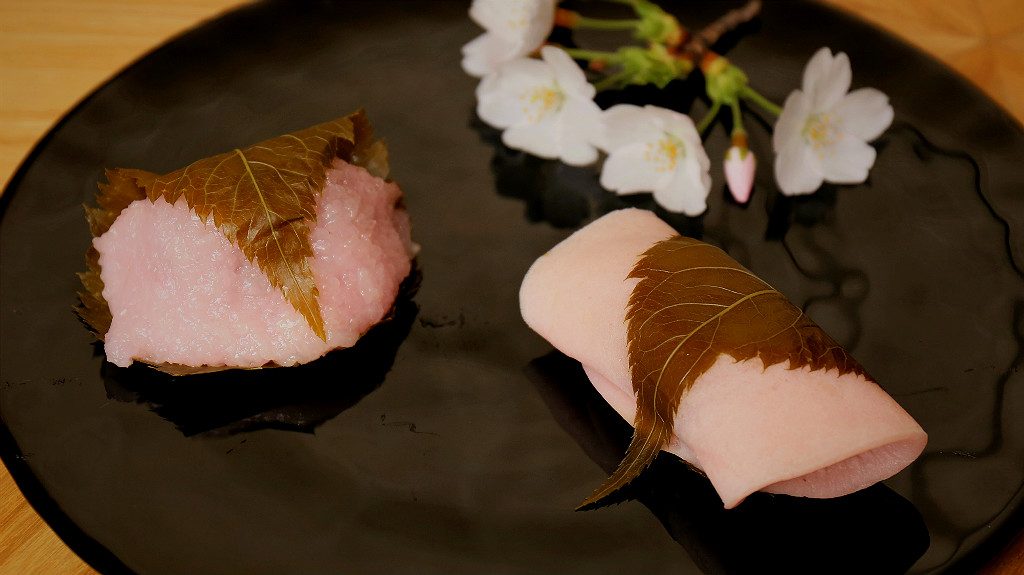 Unadulterated adzuki paste fills the interior of these large wrapped sweets. Partially ground mochi rice cake, with some of the texture of the rice remaining, makes the Kansai style of sakura mochi known as domyoji, named for the Domyo-ji Temple in Osaka from which the style of preparation originates.

Both styles are wrapped in salted cherry leaves, which increased their shelf life. 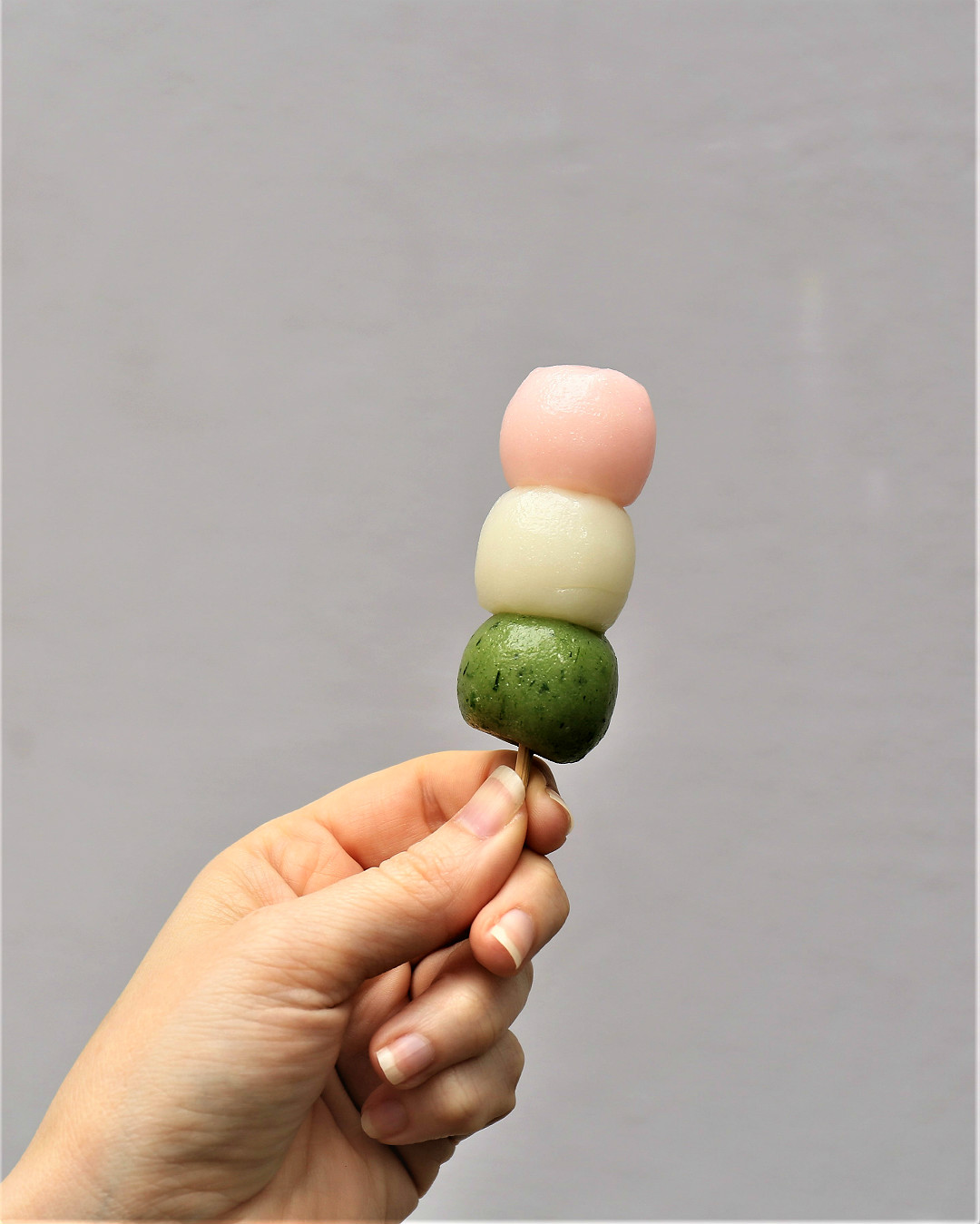 Hanami dango are springtime balls of mochi in three flavors: plain, matcha or yomogi (Japanese mugwort) and, of course, sakura. These chewy bites are the most commonly seen traditional sakura sweet. Beware that not all hanami dango are the same, as some will be colored but not flavored. Both plain and flavored hanami dango are enjoyed during the season. 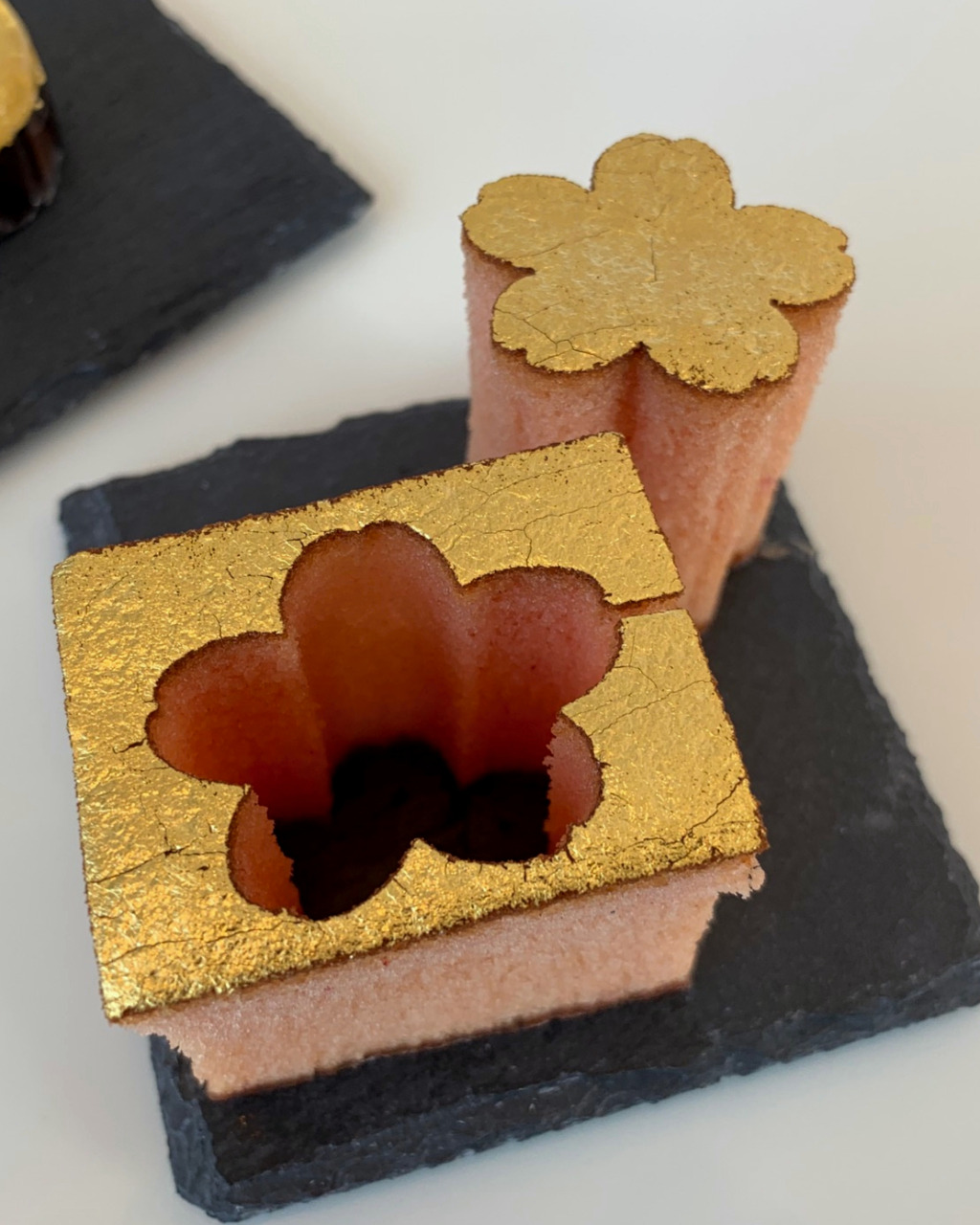 Castella cakes are popular throughout the year, but special flavors are available seasonally. Not only is this fluffy and moist sakura treat covered in gold leaf—a Kanazawa specialty—but cherry blossom and butterfly shapes have been cut into it as well, making it both beautiful and fun.

The sakura treats pictured here are from Urata and Mameya Bankyu stores in B1 level of the Daiwa Department Store, just 450 meters from Kaname Inn.