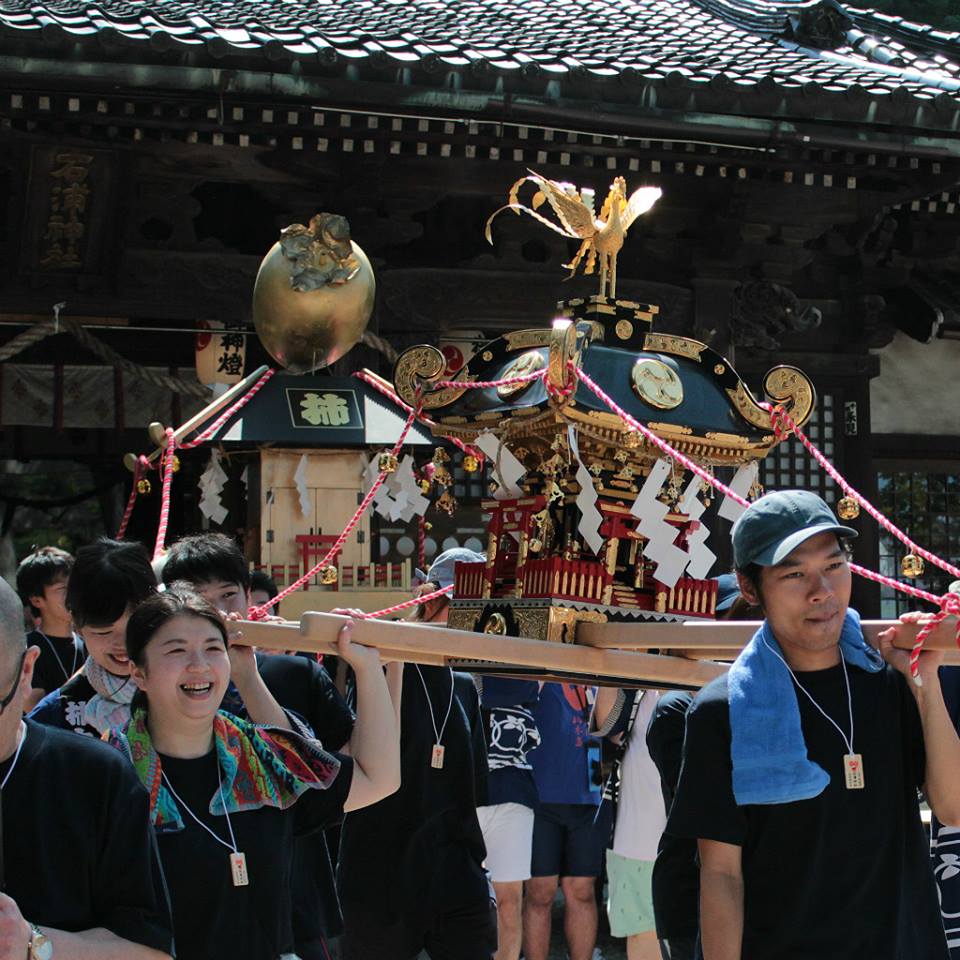 About as local as you can get…

Many people flock to see the ghostly dancing ladies of Toyama’s Owara Kaze no Bon, the sake offering of the mountainside Doburoku Festival in Shirakawa-go or the 3-day city-wide party of Hyakumangoku. But these big festivals that attract large crowds were themselves once smaller celebrations and rituals among neighbors. 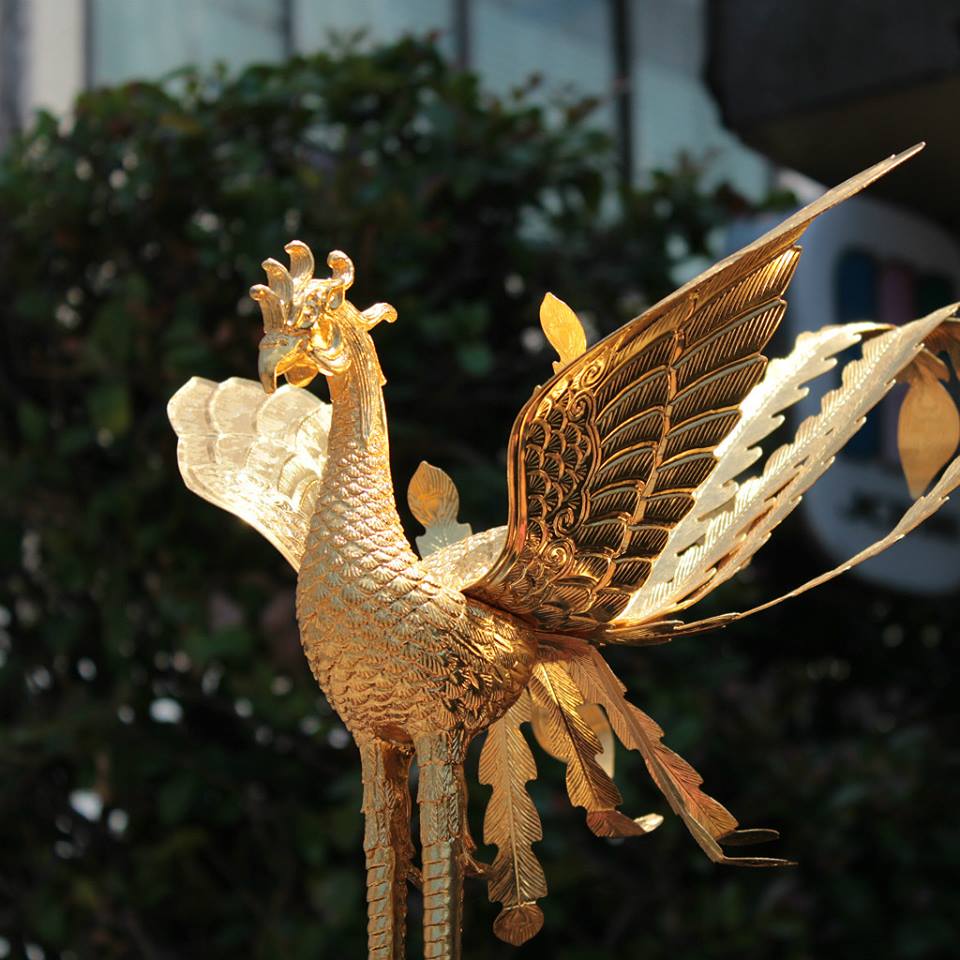 Because smaller festivals often don’t receive mass media attention, they can be hard for the traveling visitor to find. But, should you be so lucky, you’ll find a truly authentic experience, like with a Mizukake Mikoshi Festival. In fact, in the middle of the summer, there’s one of these just behind Kaname Inn in Kanazawa! 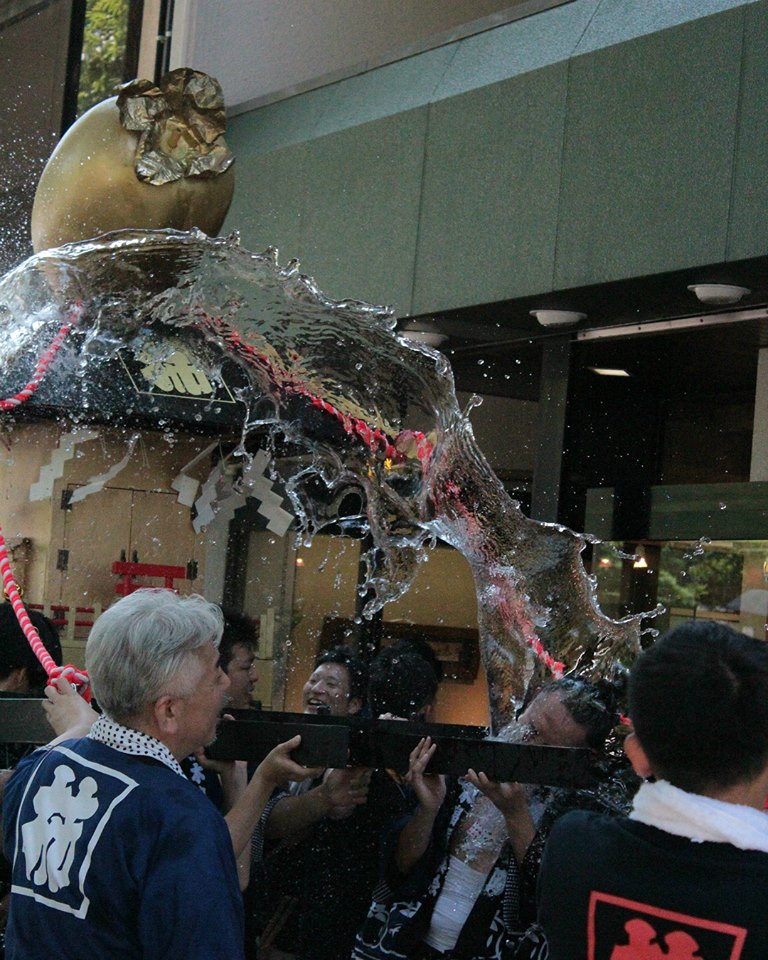 The town of Kaki-no-Ki-Batake (often squished together in romaji as Kakinokibatake) is just a few small roads between us and The 21st Century Museum of Contemporary Art, full of restaurants and cafés, peppered with music and art venues and a few fashion shops. Literally meaning “Persimmon Tree Field,” the fruit is its proud mascot and can be spotted throughout the district. 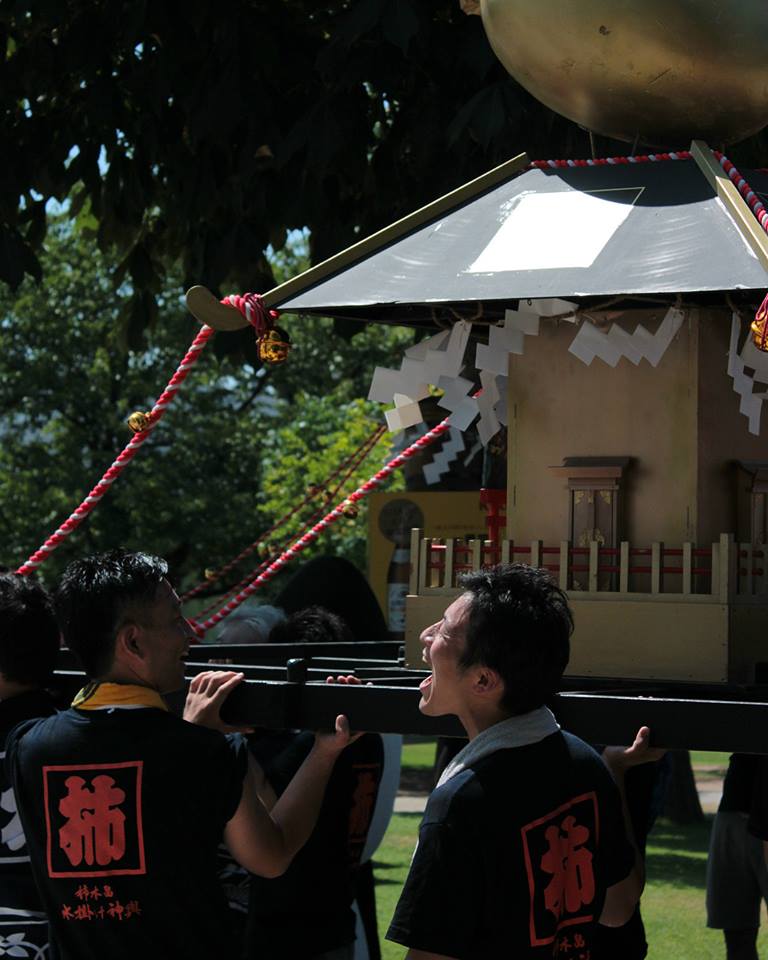 Cooling off in the peak of summer

Mizukake Mikoshi is a neighborhood festival to ward off the intense heat. Folks adorn happi, festival jackets, and take to the streets with buckets of water. Large portable shrines called mikoshi are displayed in the morning before being paraded around the neighborhood, inviting blessings from the gods therein. A distinctive gold persimmon sits atop one, alongside a cask of sake. 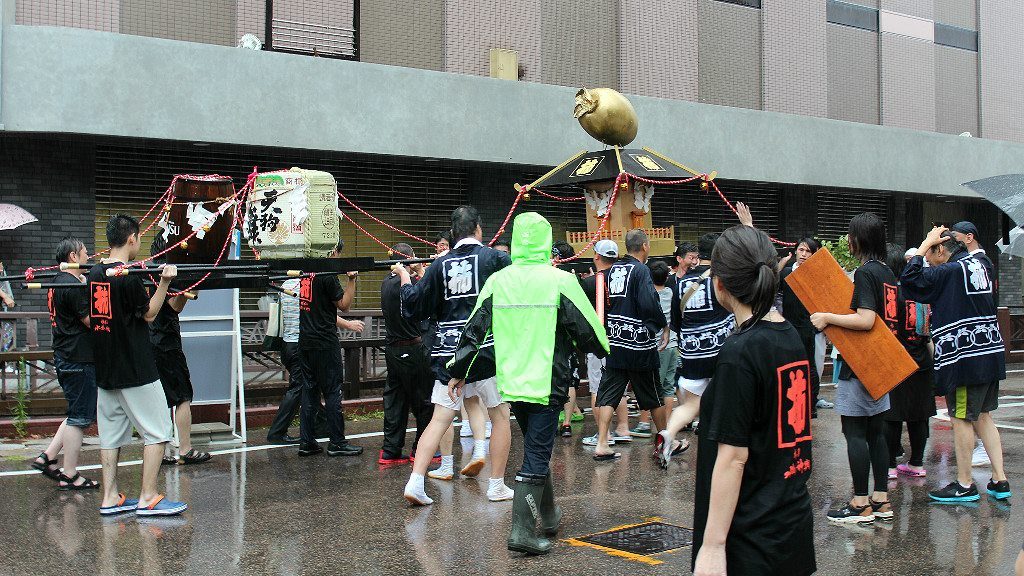 Prominent figures of the festival and young people subject each other to dousings of water, yelling “Kaki, kaki, kaki!” In Japanese, this is a pun. Kaki can mean both persimmon and the pouring of a liquid. In the festival’s name, Mizukake means “pour the water.” It’s not long before the festival has evolved into a water park of sorts. 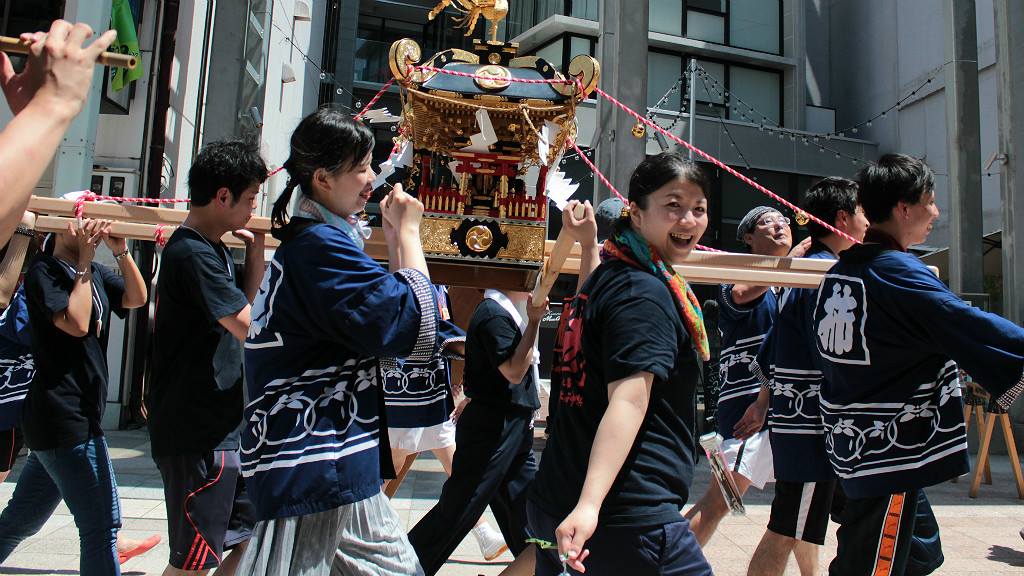 The shrine even passes in front of Kaname Inn Tatemachi! 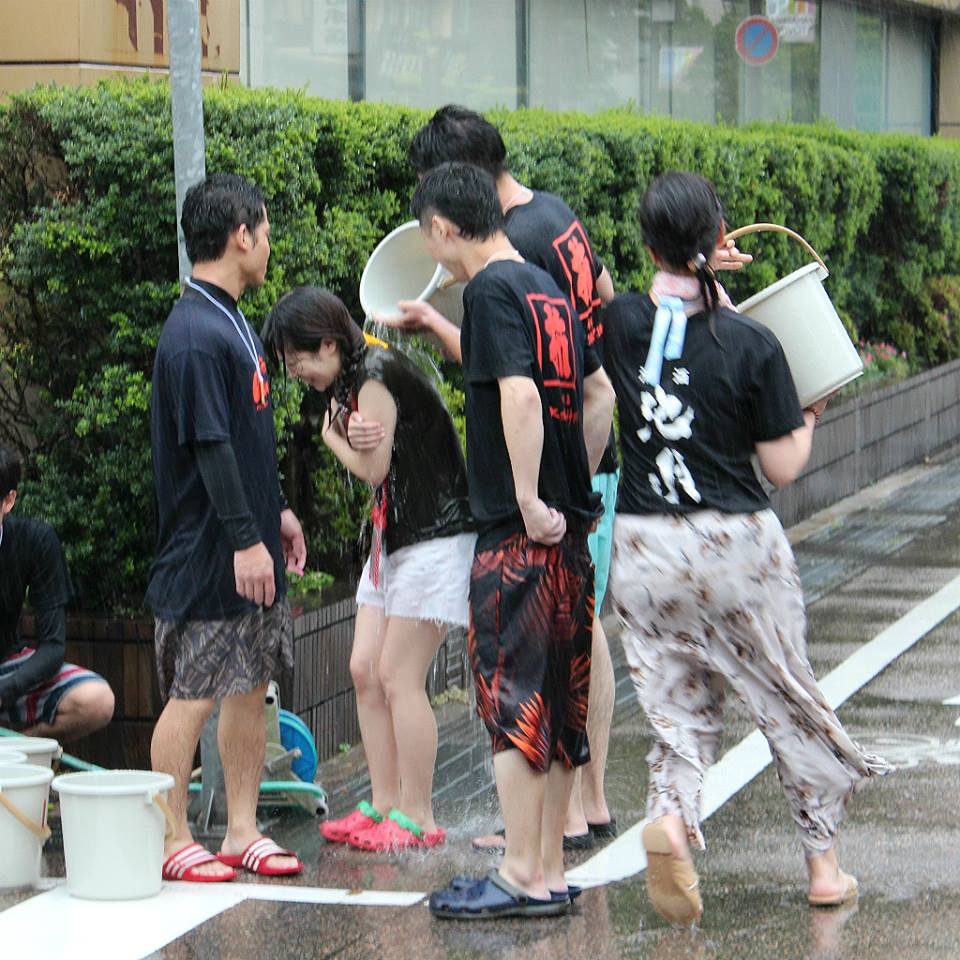 Don’t forget to stick around for the afternoon taiko performances! 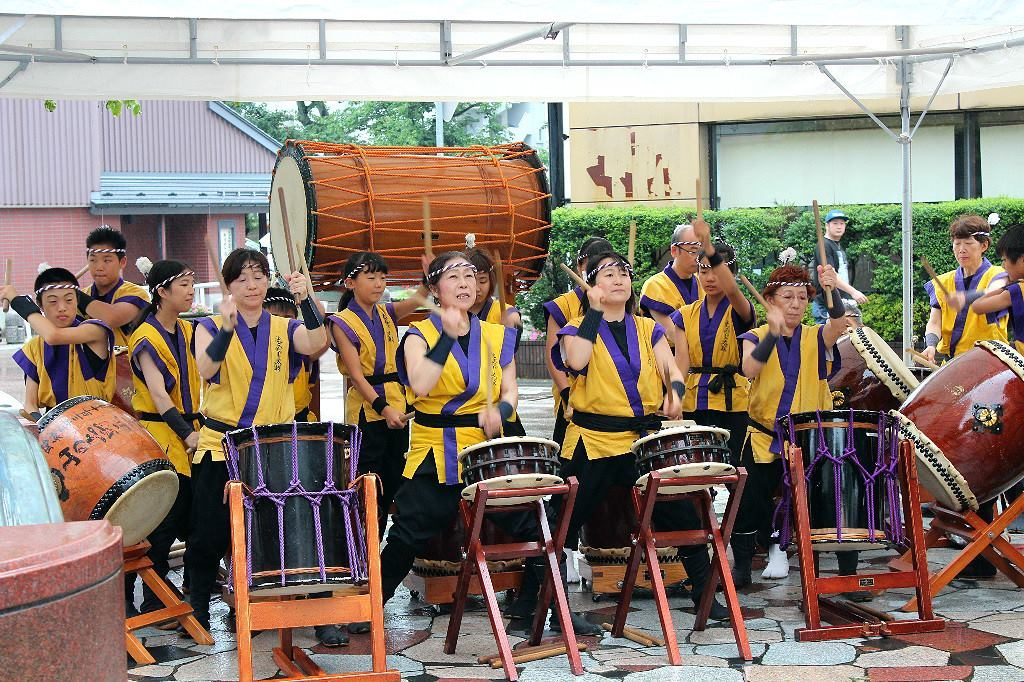 The event is held sometime between late July and mid-August. The date changes each year, so check here or on the neighborhood’s official site for updates.