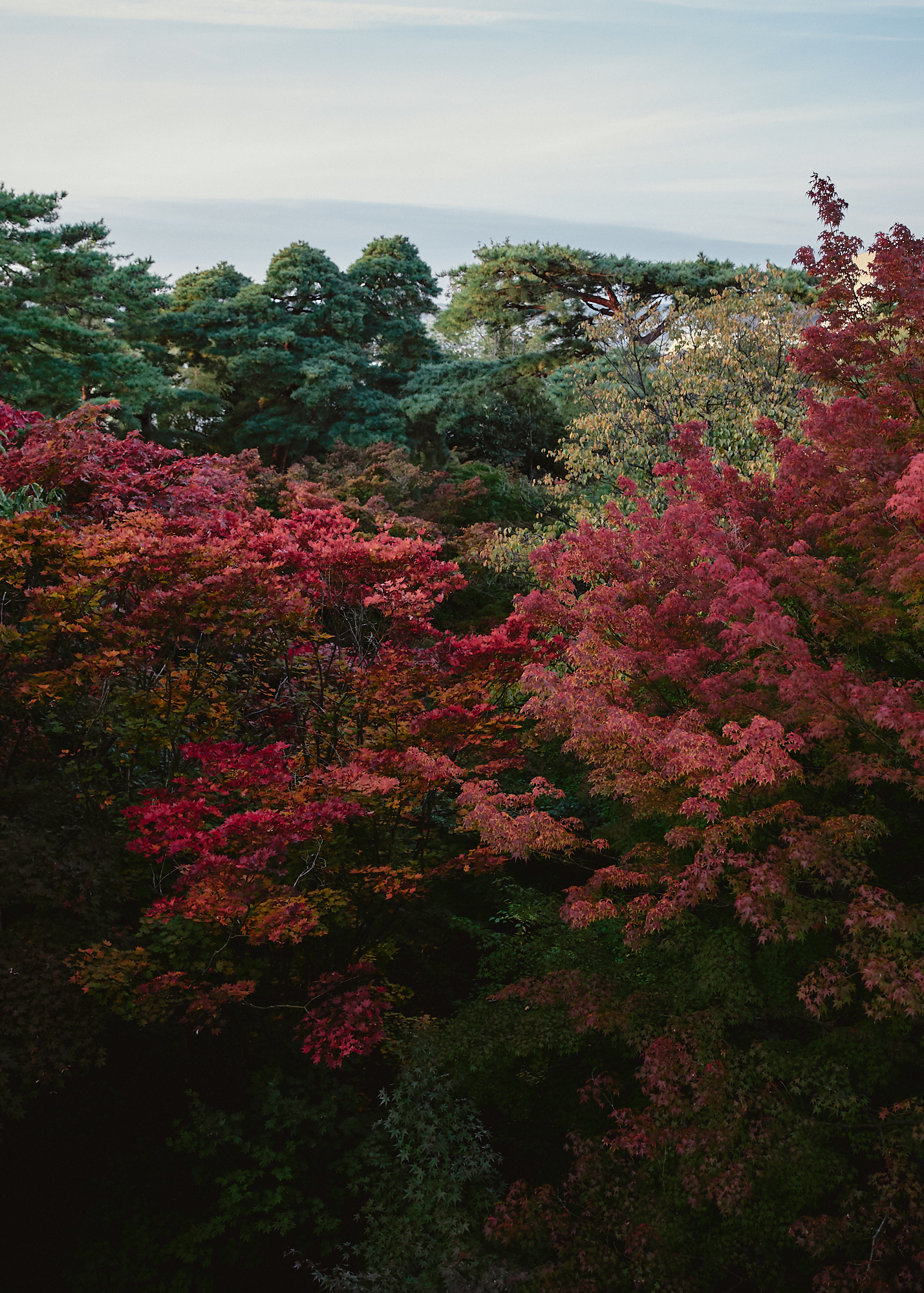 I had been longing to stay at the remarkable ryokan, Beniya Mukayu.

It’s name, Mukayu, can mean “non-existence” or “in a natural state.” It was a favorite word of the ancient Daoist philosopher, Zhuangzi.

In Japanese, Mukayu no Sato, “mukayu in the countryside,” evokes the idea of an unadulterated utopia, a place where nothing is done that transgresses nature. 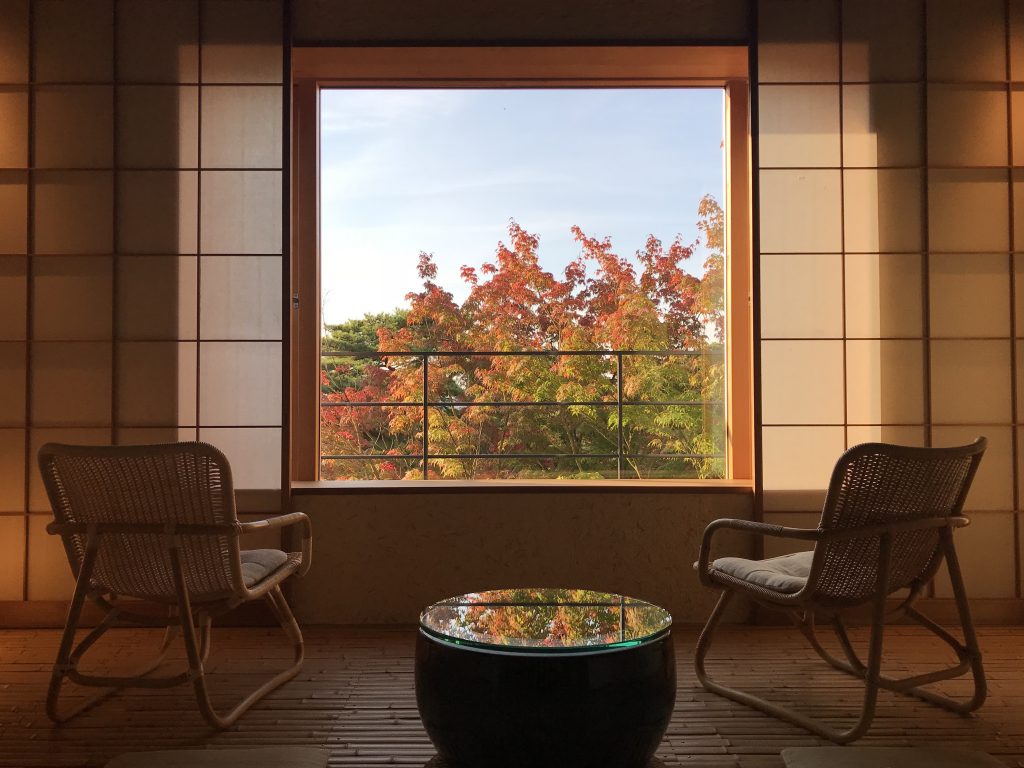 We were lucky with a beautiful autumn view from our room. 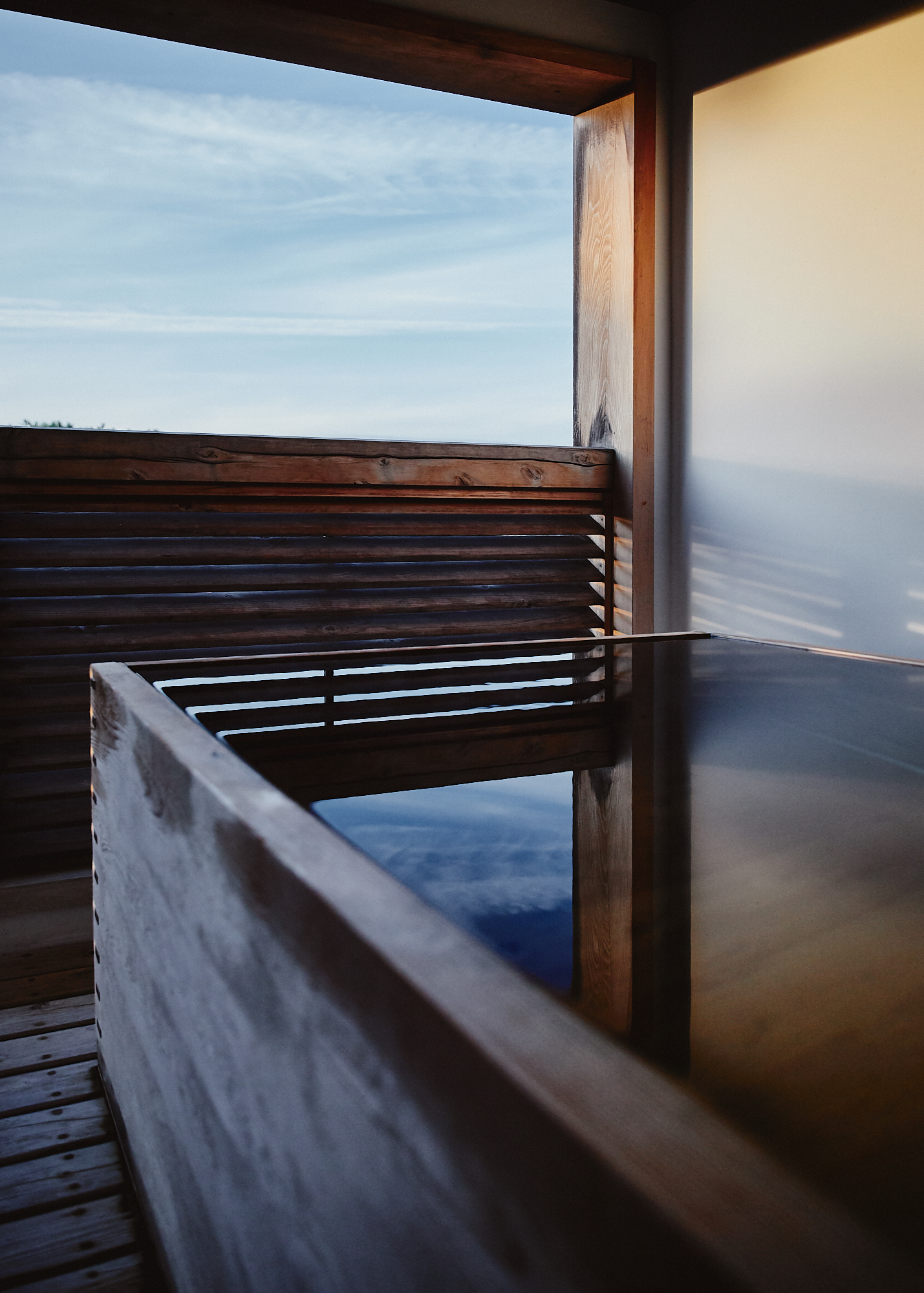 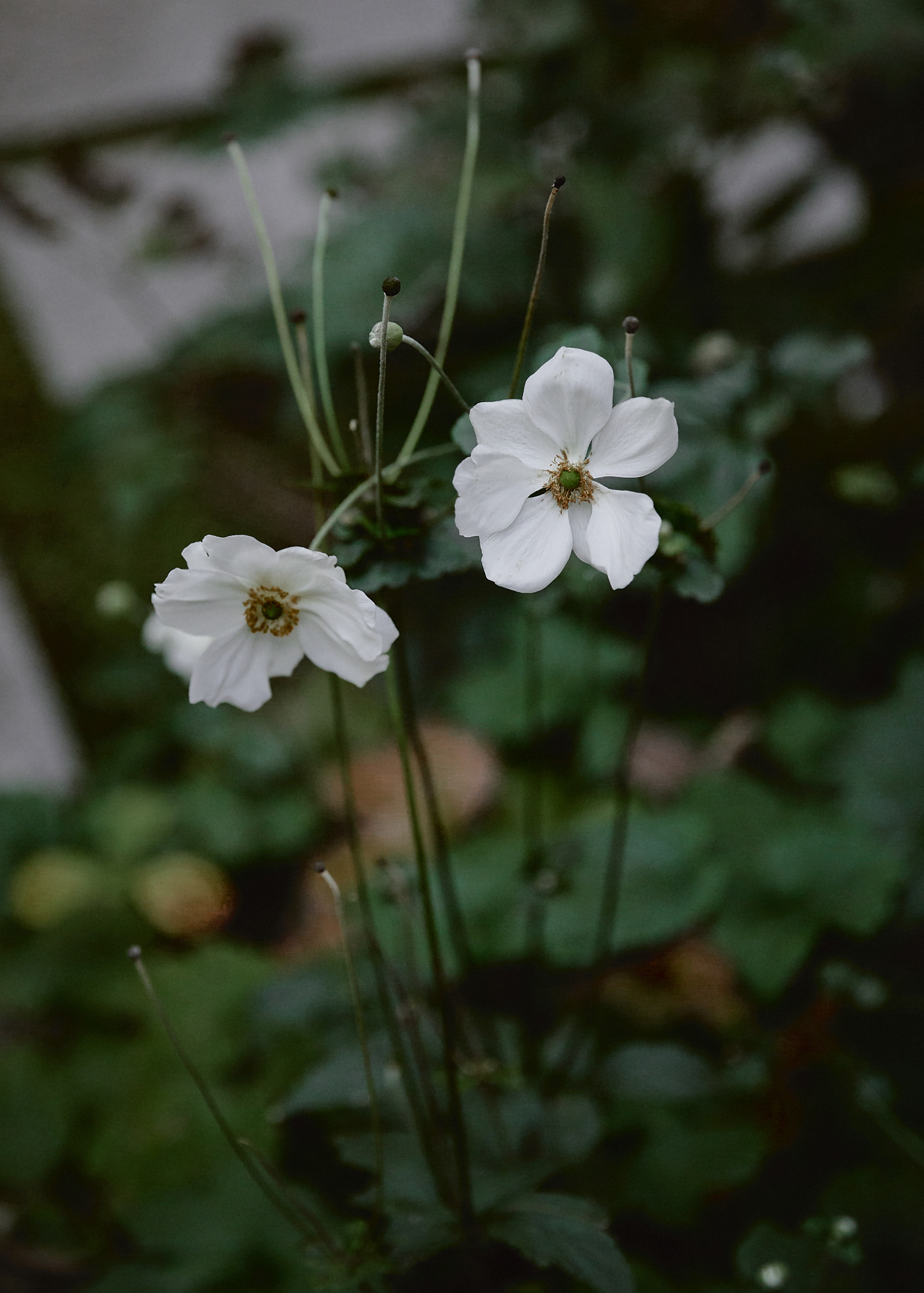 Wildflowers greeted us around every corner of the ryokan. I imagine picking them from nature every single day is quite tough work. 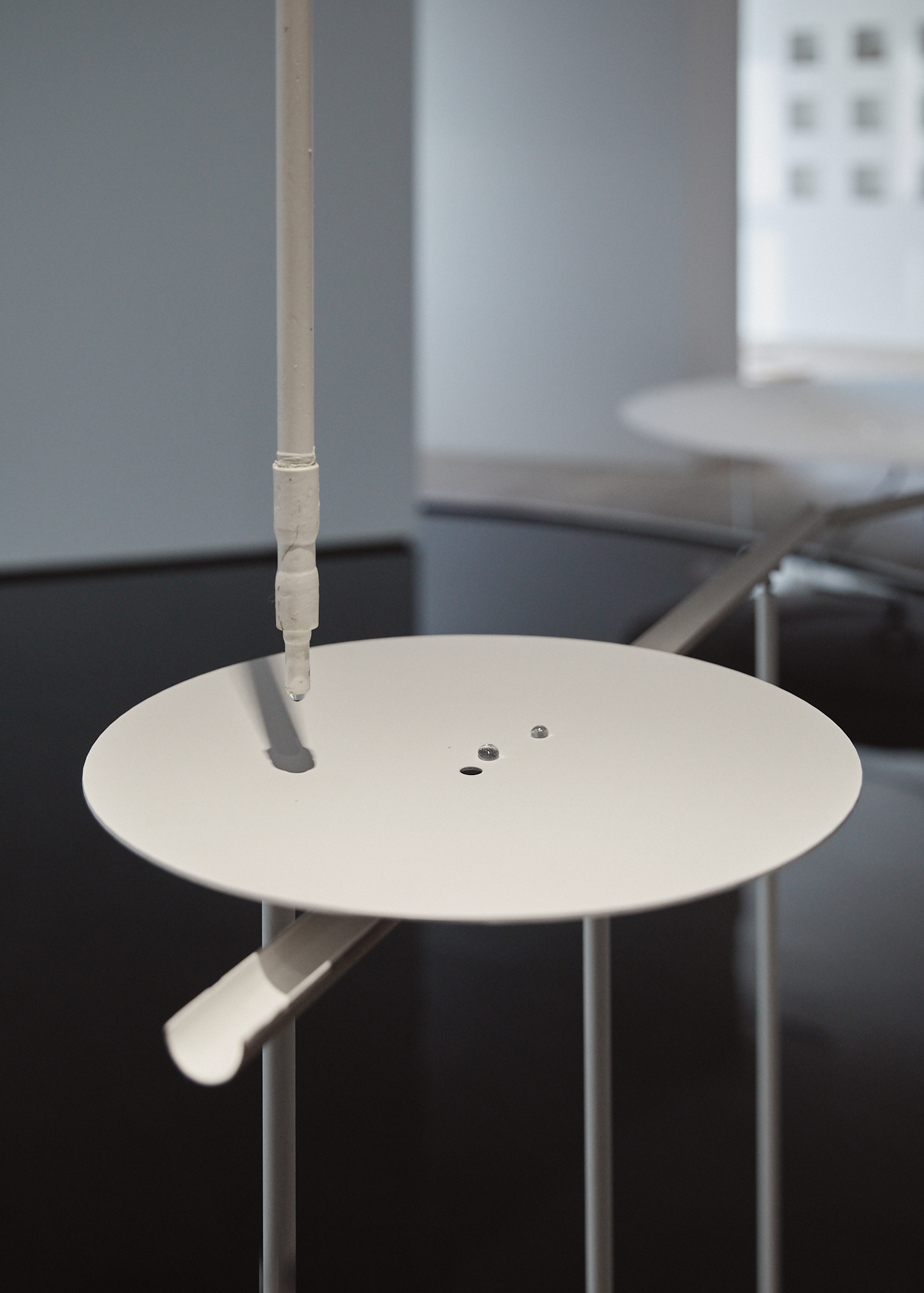 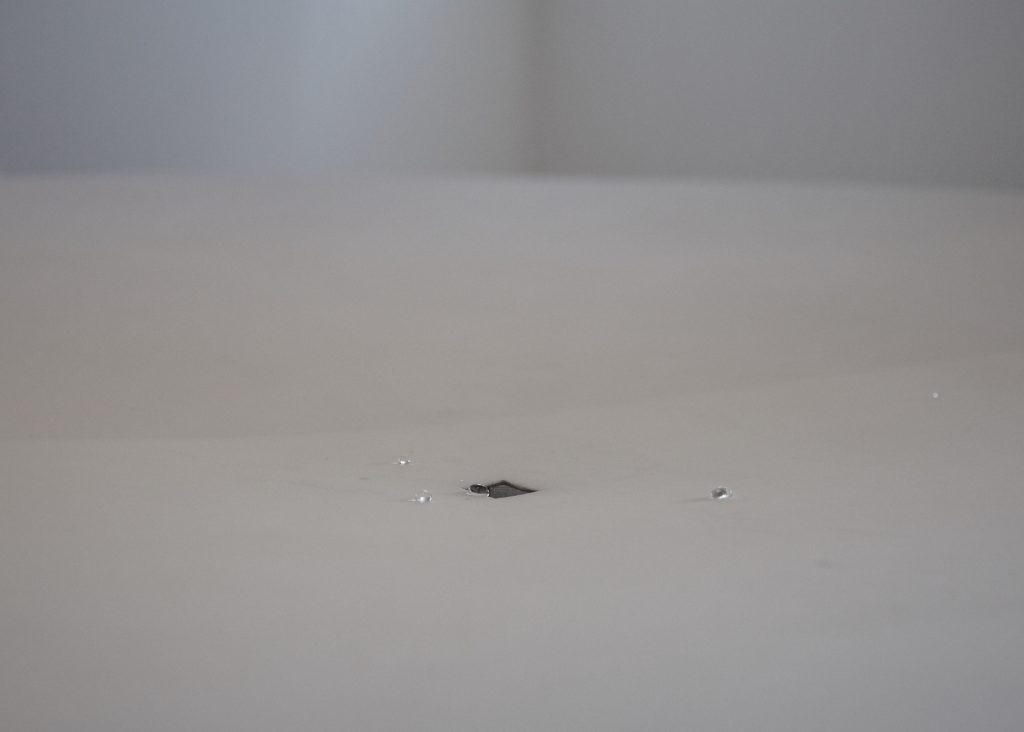 This fountain art cycled water like the earth. It came down like drops of rain, flowed through like a river, returned to its “sea,” and was drawn up again. I could watch it all day. 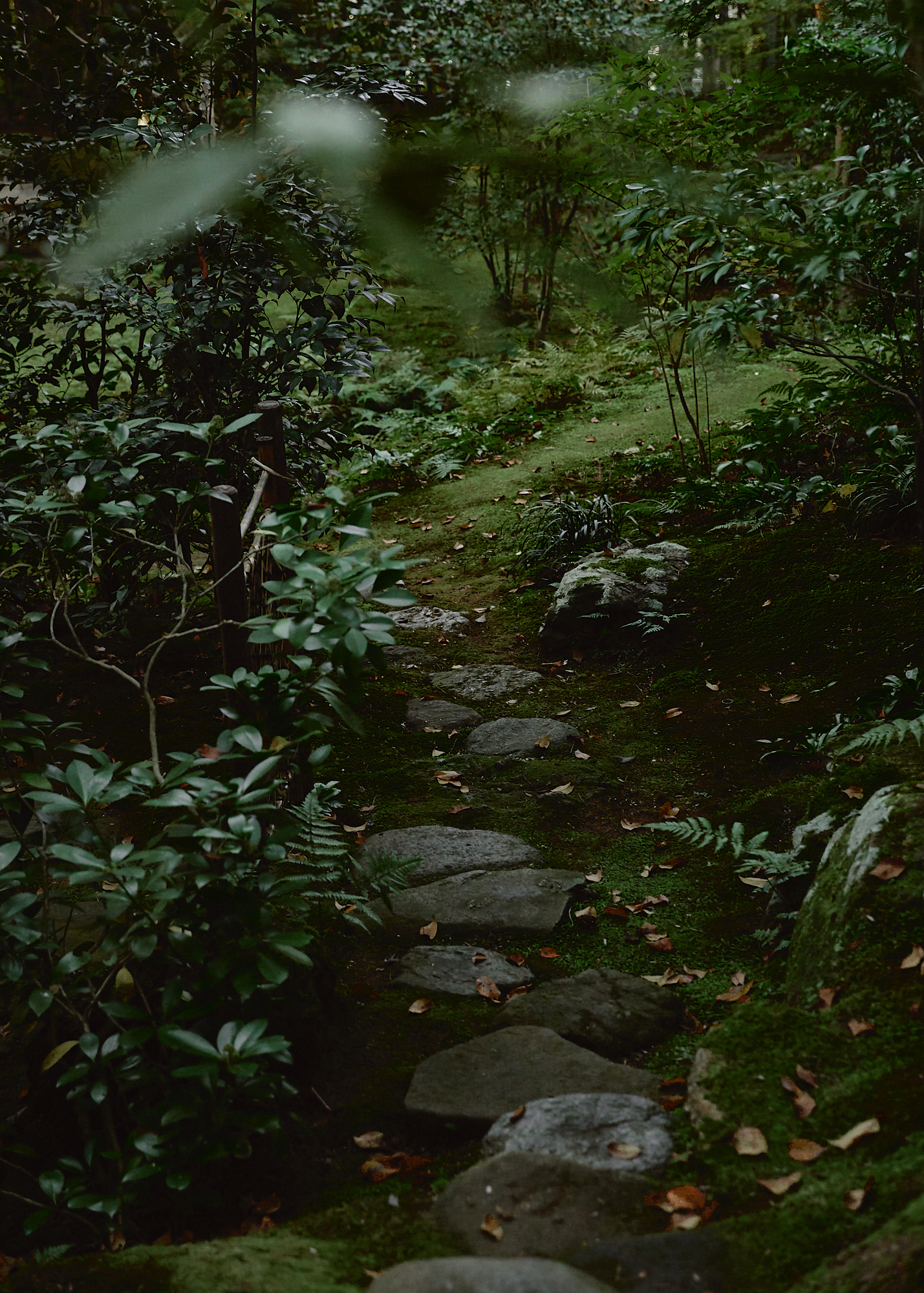 As I was planning my trip to Beniya Mukayu, I read a bit of their history.

Just a few decades ago, it was the habit of people to visit onsens in groups. Businesses would bring their employees to Beniya Mukayu for year-end parties.  Others would come for various seasonal events. Old ryokans like this one featured a single, large party room with many separate smaller rooms and no private baths. Buses would shuttle visitors regularly to and from the station.

But nowadays, the custom of visiting an onsen has changed. We don’t host parties at them. People often go to an onsen alone as a weekend getaway, and foreign travelers prefer private baths. . .

To survive, the ryokan had to change. And so did Beniya Mukayu. 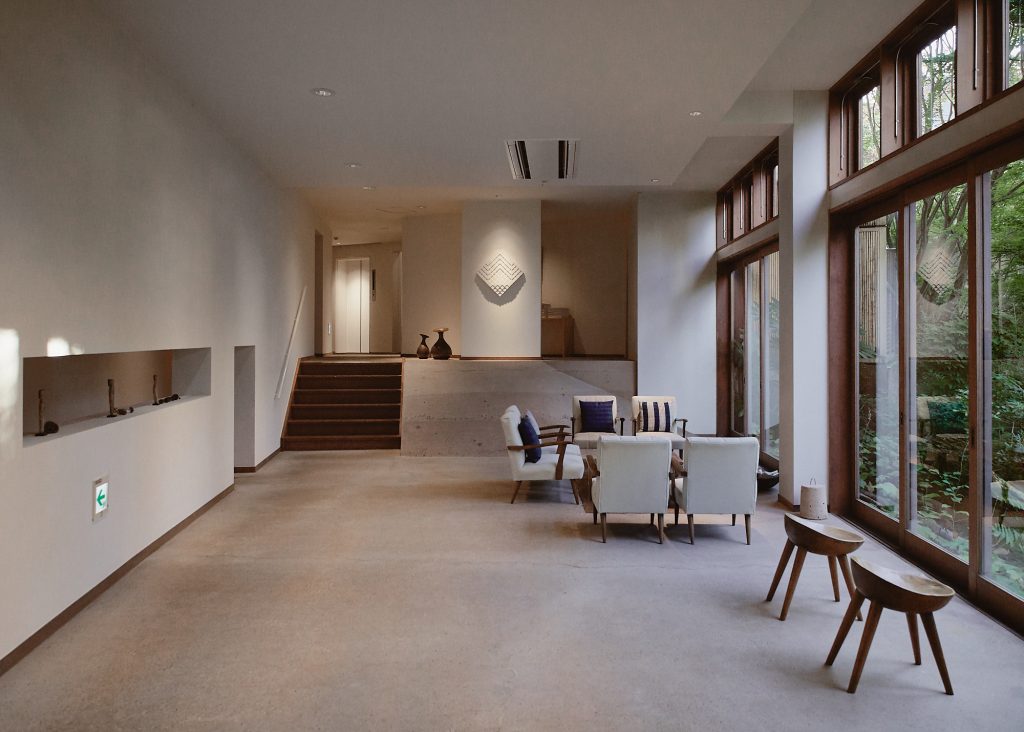 Beniya Mukayu’s okami—a cross between a proprietor and a matriarch—was once an elementary school teacher. She married into the ryokan business, and when it began to deteriorate, she dedicated herself to it.

At the time, Beniya Mukayu had fifty cheap rooms and few amenities. Little by little, services were upgraded with a price to reflect them, and the okami reinvested each year’s return into the next. Slowly, the ryokan began to grow and blossom, like the wildflowers around it.

Over the course of twenty-five years, Beniya Mukayu came into its current style, with new architecture designed by Sey Takeyama and its logo and amenities by Kenya Hara. Every detail is perfectly matched. 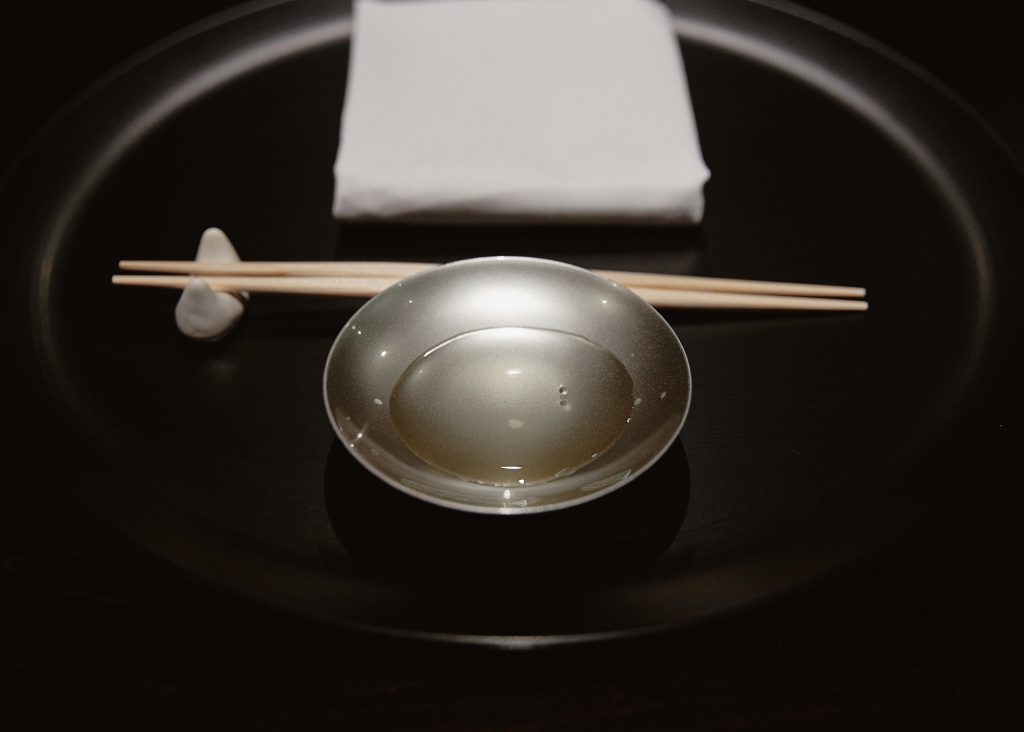 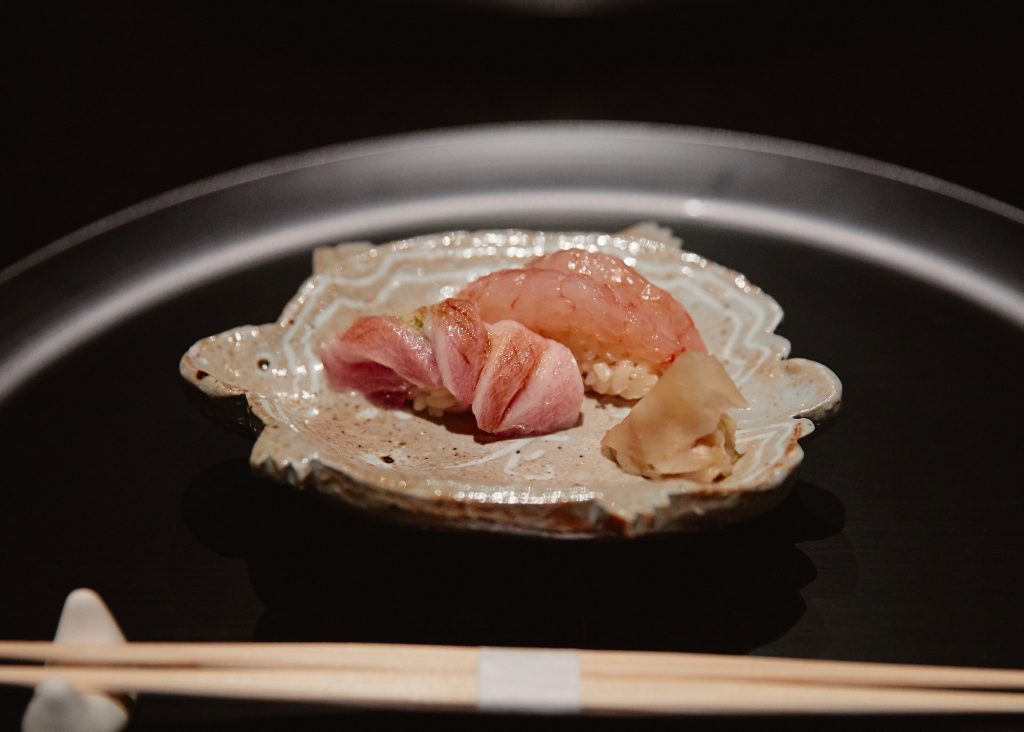 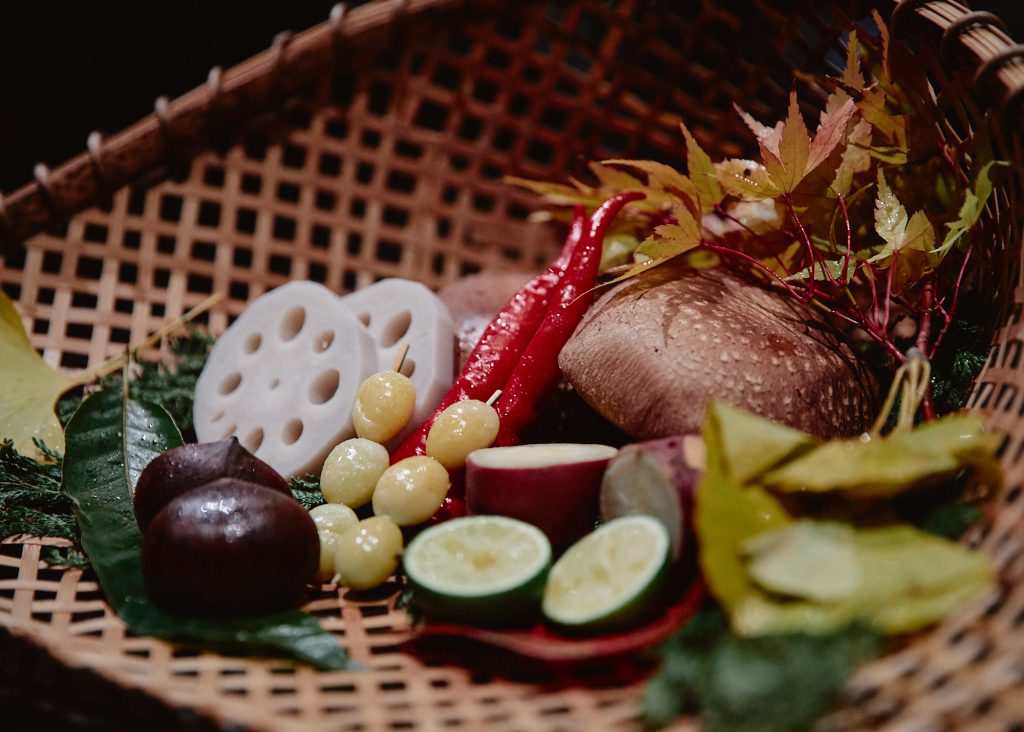 You won’t believe it the history when you arrive. Now only seventeen dedicated rooms, Beniya Mukayu is spacious, minimal, sunbathed and natural. The beautiful private bath is such a treat, as is the simplicity of its seasonal food and lavish hospitality.

It’s a bit over-budget for a regular trip, but for a once-in-a-lifetime experience, it is absolutely worth it.