Southeast of Kanazawa Castle, along the eastern edge of Kenrokuen Garden, is Seisonkaku Villa, a mansion of Japanese design and international treasures. It’s preserved state, architectural elements, and unusual gallery are notable on their own. Seisonkaku is a house museum that reflects Kanazawa during a crucial period in Japanese history.

However, house museums are often best appreciated when we come to know the one whose footsteps we’re occupying as we tour. The lady of this house is Takako Takatsukasa. And she was very much a lady, indeed.

The Aristocratic Lady and the Samurai Lord 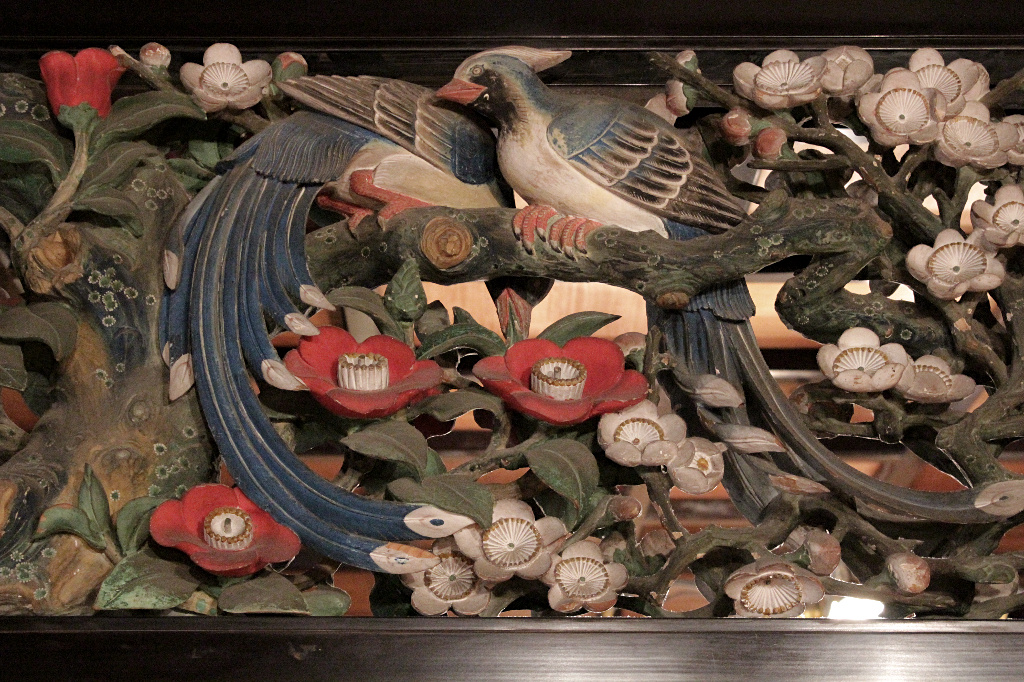 No stranger to royal treatment, Takako came from high-ranking aristocracy. Her family was one of the five esteemed houses of the Fujiwara Clan, from whom regents and royal advisors to the emperor are chosen. Her father was in the role of chief advisor to the emperor at the time of her birth, in 1787. (The Fujiwaras are also the only other clan besides the imperial clan to claim Kami descent in the modern era.)

Marriage to a Maeda

When she was 20, she was married to a then 24-year-old Narinaga, who was to succeed as the 12th lord of the Kaga clan, the second wealthiest in Japan. But barely days after their wedding, a large fire burnt down a portion of Kanazawa Castle (1808). Narinaga, typically expected to stay in Edo under the Shogunate’s watch, was permitted to return to Kanazawa for a few years.

This was some of the only time the young couple spent together. In her eighteen years of marriage to Narinaga, Takako only lived with her husband for three.

Her husband retires to Takezawa Palace

In 1822, Narinaga retired to the recently completed Takezawa Palace, next where the “Seven Gods” now stand in Kenrokuen Garden Park. 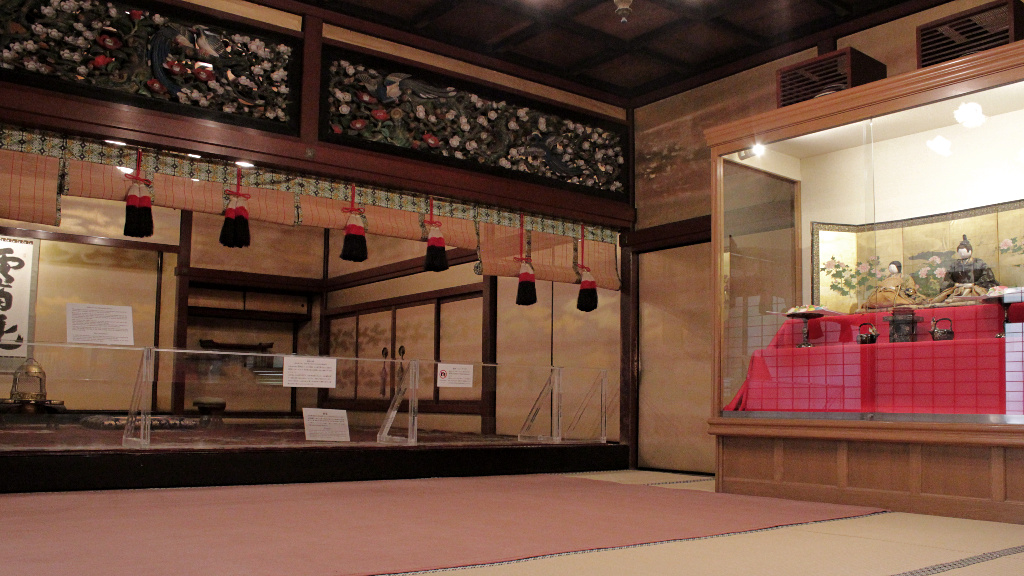 Takezawa was around 13,000 square meters (140,000 sq ft), taking up almost half of what is now the park. It had approximately 200 rooms and two Noh stages. The stately audience chamber had two sections, a higher floor for the lord, and a lower level for guests, of 18 tatami mats each. Originally, it was also held a massive ritual iron bell. As the story is told, however, the bell visited Narinaga in a dream and demanded to be moved instead to the temple honoring his great-great-great-grandmother, Tentokuin.

Narinaga requested a new name for the now expanded garden area from former daimyo of Shirakawa and novelist, Rakuo, who bestowed the name, “Kenrokuen,” meaning “garden of six elements,” the name used today.

Life as the widow, “Shinryuin”

After two years of a kingly life in retirement, Narinaga passed away. As was customary for high-ranking widows, Takako thereafter received a dharma name, Shinryuin.

Though she had no biological offspring, Shinryuin tended to the children of Narinaga’s concubines as if they were her very own. After her husband’s death, she took them with her back to Edo, arranging their wedding ceremonies, among other duties.

In 1838, she was released and returned to Kanazawa to live out her days. 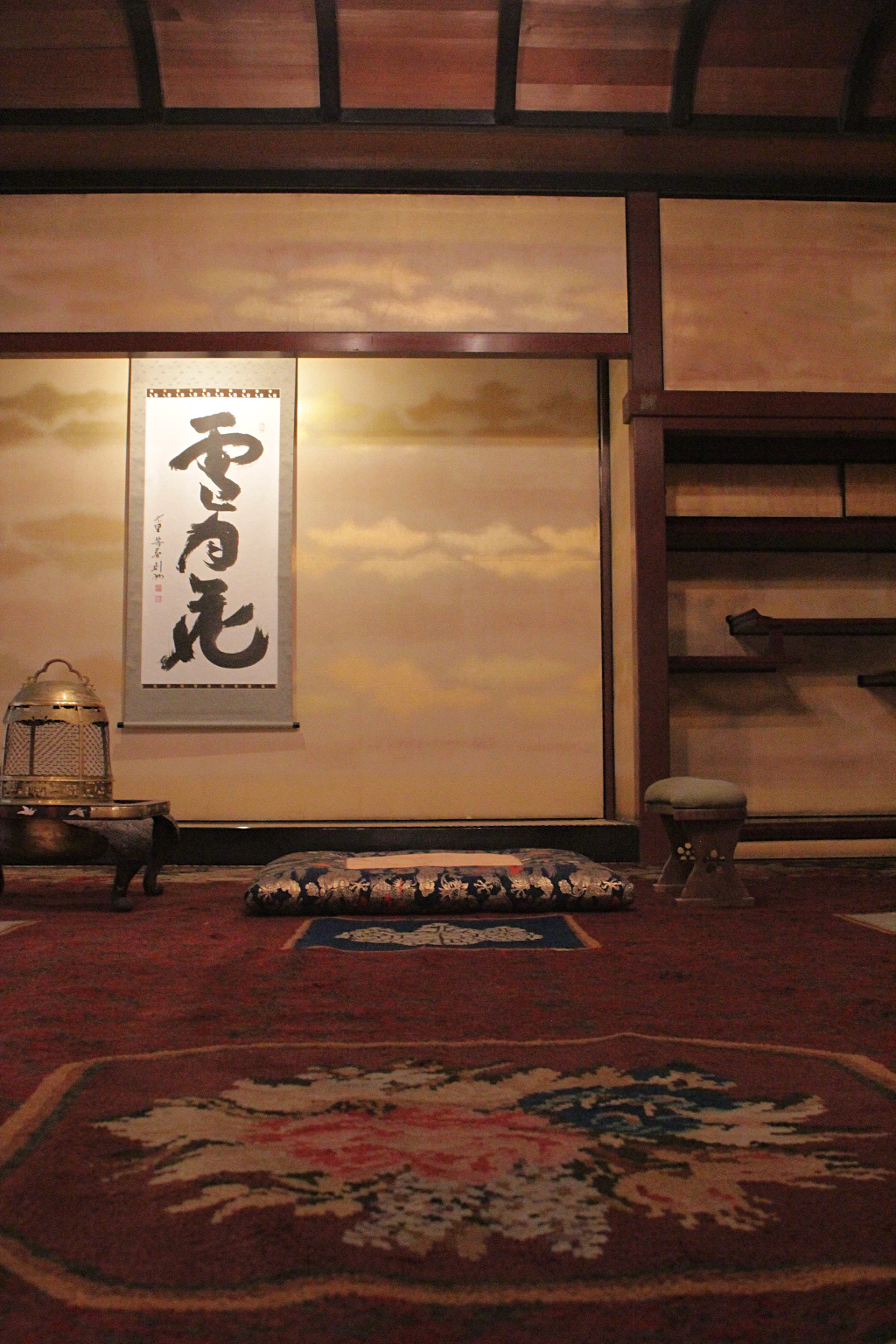 Her husband’s eldest son, Nariyasu, became the 12th daimyo and 13th Maeda lord of Kanazawa when his father retired. In 1863, 41 years after his father’s passing, he had Takezawa Palace dismantled for precious building material. But, along the southeast edge of Kenrokuen Garden, the Kaga lord built a villa as a retirement home for Shinryuin.

The complete audience chamber and “Sweetfish Corridor” of Takezawa Palace were also relocated and constructed as part of the new villa. Shinryuin was able to spend her days in spaces shared with her husband. It’s said that the lord frequently crossed Kenrokuen Garden from the nearby Kanazawa Castle to visit the woman he truly honored as his mother.

After seven years of peace, Shinryuin finally passed in 1870. 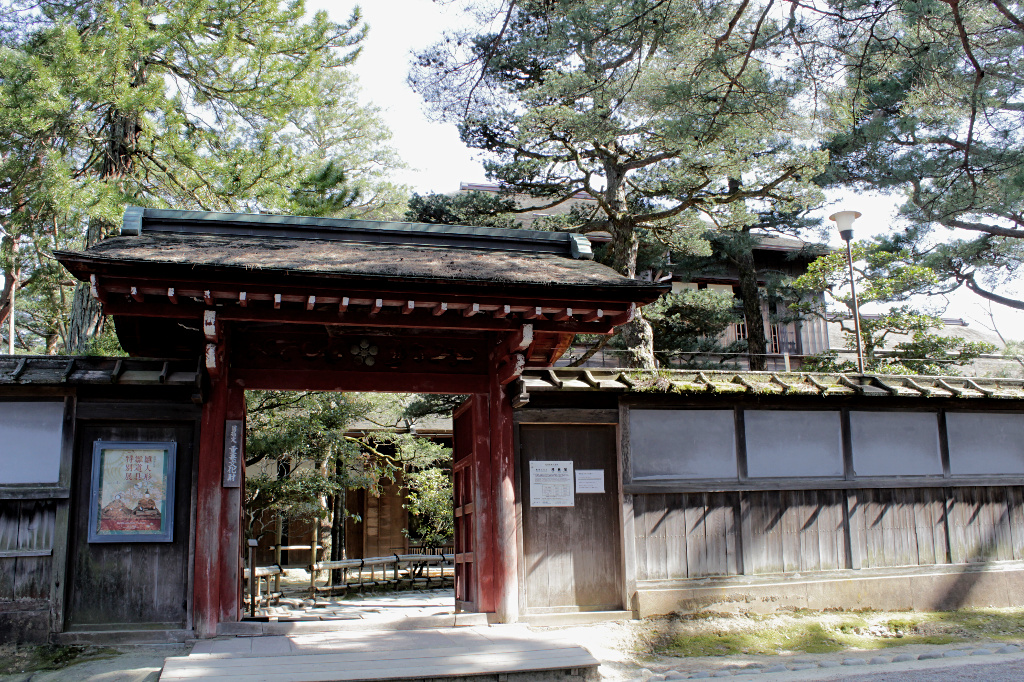 As it includes relocated portions of Takezawa Palace, the villa is an architectural collection of elements of Japanese residences, ranging from the Azuchi‒Momoyama period (1568 – 1600) to the Meiji (1868 – 1912). Additionally, many decorative elements were overseas imports, reflecting Lord Nariyasu’s liberal stance on foreign trade.

Each of the rooms is named for the decorative elements painted on the dado of the sliding shoji doors. Look down to find sweetfish, turtles, butterflies, wisteria, pine trees, and horsetail plants. 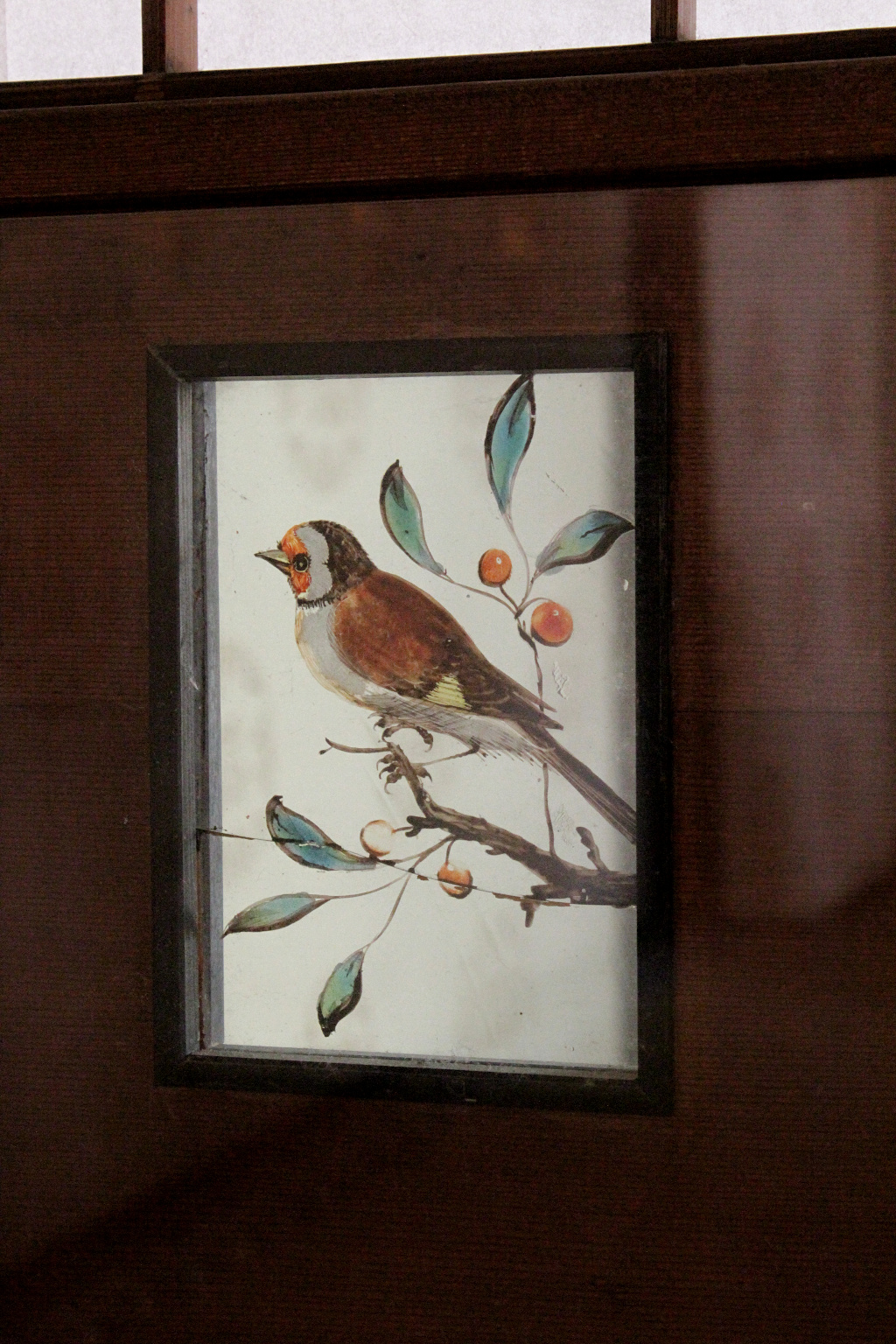 One unusual dado is in the “Pine Room.” By the alcove, the base of the shoji are decorated, not with pine trees, but with painted glass, imported from the Netherlands for Shinryuin’s delight.

Neighboring the Pine Room, the outdoor veranda sings beneath walking feet. The nightingale floor is one of only two open to the public. (The other is at the home of the banished samurai, Kurando Terashima.) 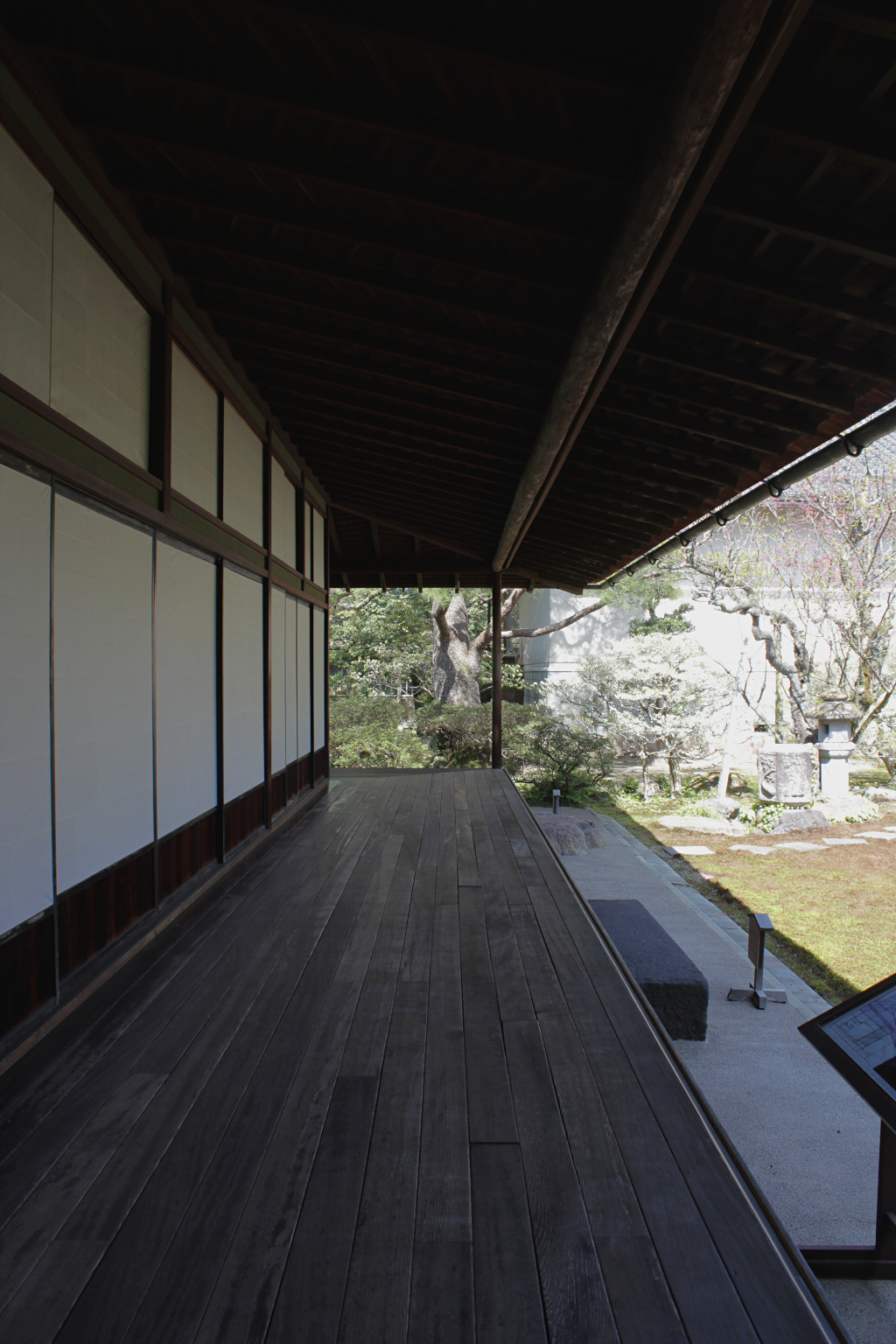 Turning the corner and running alongside the “Horsetail Corridor,” one has an unobstructed view of the garden, thanks to innovative Meiji-era construction in the roof. The pillar at the corner provides stability but is not load-bearing. Rather, a cantilever running deep within the roof supports the eaves.

Upstairs, the second floor is styled for tea ceremony. Imported glass allowed Shinryuin to enjoy the daylight even in cold weather, and the rich colors of the painted rooms made harsh Hokuriku winters bearable. Red paint from Bengal, ultramarine blue from France, and a mixing of the two for purple add luster to the walls and ceiling of the “Ultramarine Tea Room.” 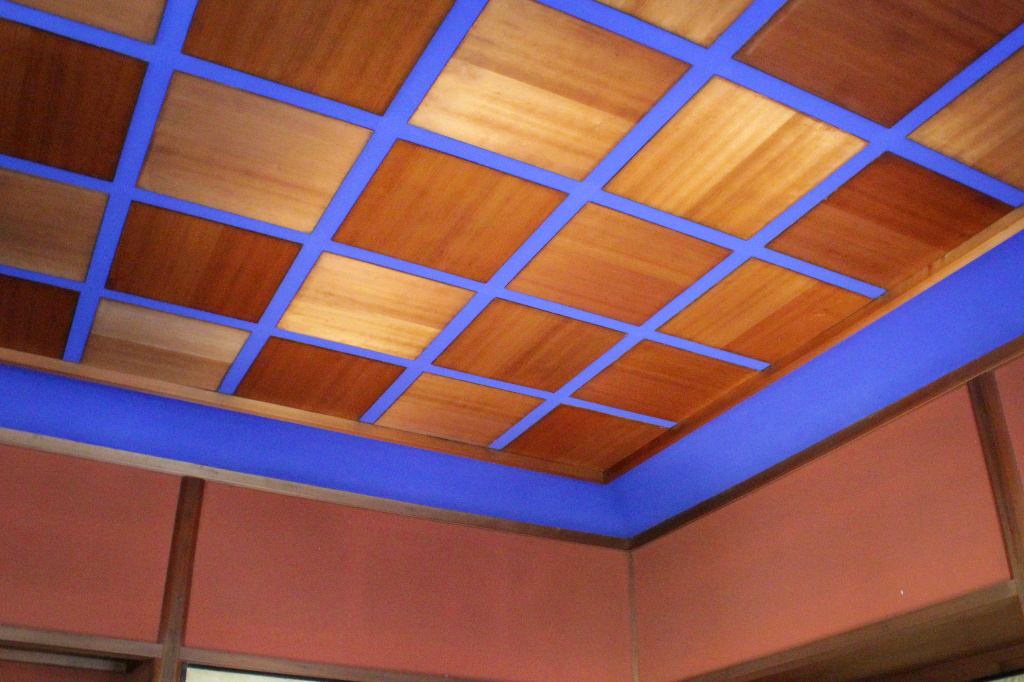 The striking contrast of wood against the ultramarine ceiling is one of the highlights of the tour that must be seen with ones own eyes to appreciate.

A House Museum of Treasures

As Kanazawa Castle has been slowly restored to its original glory, excavation efforts have uncovered artifacts from the Maeda family. Many of these have been put on display in Seisonkaku, making this one of the only places in Japan to see historic artifacts in the very same environment they would have been used in during their time.

There’s no shortage of children’s toys of miniatures and dolls. Each tiny piece has been meticulously hand-painted and applied with gold foil, a traditional craft for which Kanazawa remains particularly famous. The plum-blossom motif is a signature of the Maeda clan, denoting the highest house in the Kaga Domain. 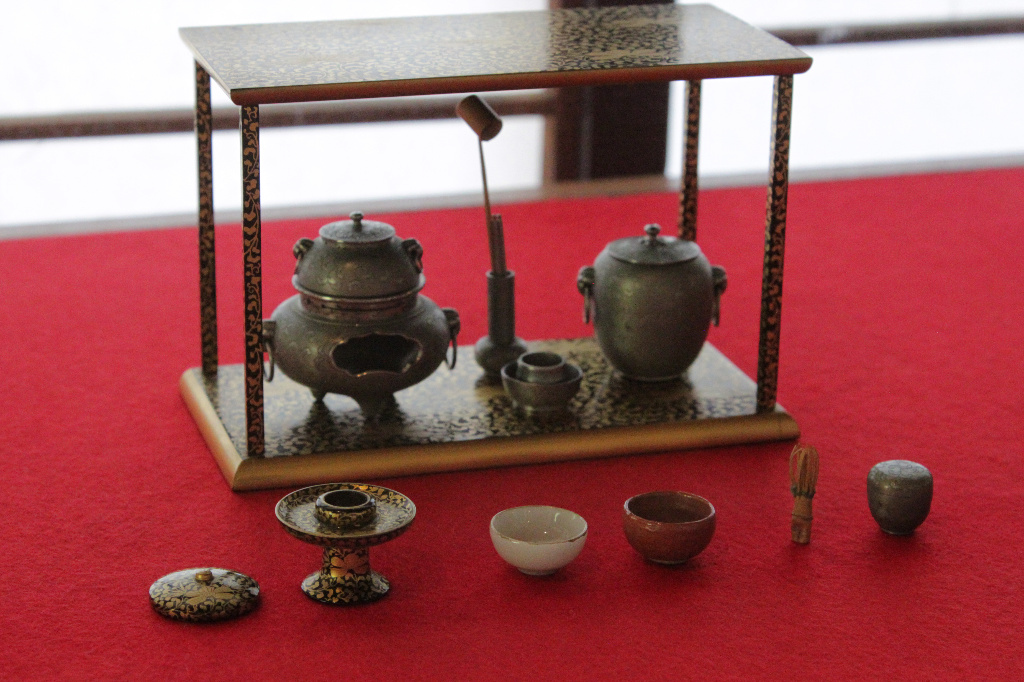 The tiniest tea set, hundreds of years old. The miniature pots for holding and boiling water are crafted of metal. Even the tea whisk, the size of my pinky nail, is made of bamboo.

The collection even includes a miniature clay set of hina dolls, school supplies and game boards of go and chess. I found myself moved by the presence of a well-loved, doll-sized kimono.

Special exhibitions feature other artifacts from the Maeda family, but even as a guest for press, I was not permitted to take photos. You’ll have to take my word that the scrolls of poetry I beheld during my visit featured sweeping calligraphy and paintings of black pines that drew my eyes to another era. 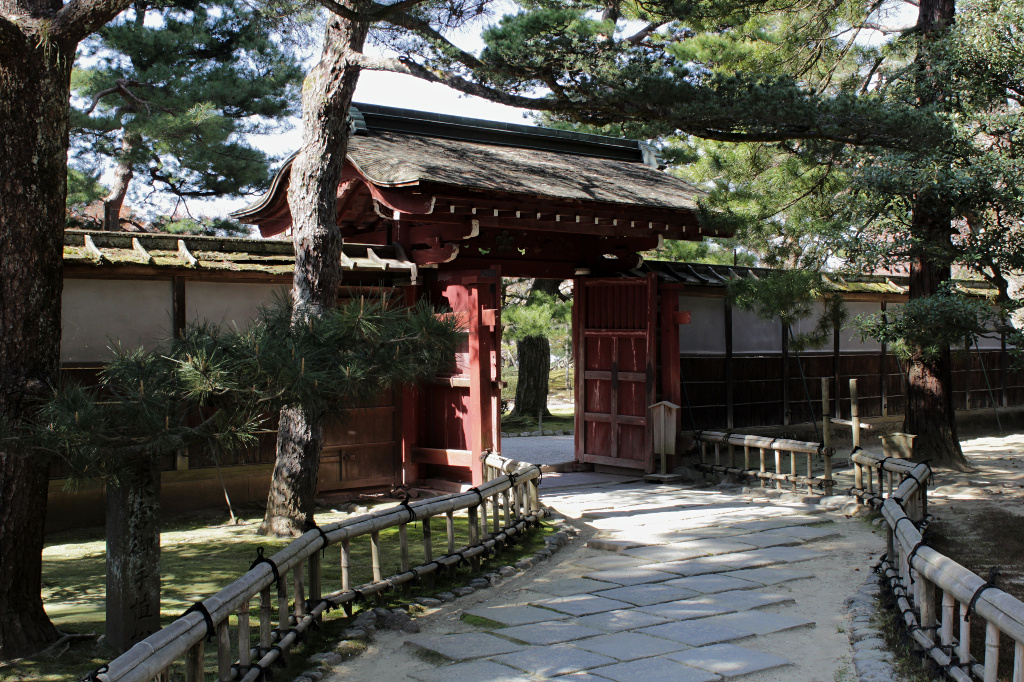 The house museum is flush with English signs and explanatory material, far more than I’ve been able to give here. Do make sure you look up, down, and all around for the many details of this fine villa! As is customary in such places, shoes must be removed, but lockers are available for storage. The second floor is only accessible by stairs.

“Seisonkaku” is also the name of the foundation that tends to the keep and care of the Maeda Family artifacts, gardens, and buildings, including this one. Ticket sales allow excavations and exhibitions to continue, and I’m eager to see what treasures they uncover next.

Seisonkaku Villa
1000 yen (700 yen when there are no special exhibitions)
9:00 a.m. – 17:00 (last entry: 16:30)
closed Wednesday (or the following Thursday when Wednesday is a holiday), December 29th – January 2nd
Notice concerning COVID-19: Information and services for the above sites may be temporarily suspended due to the coronavirus pandemic. Please check again close to the dates of your visit. Guests of Kaname Inn Tatemachi may also use our concierge service to make inquiries as necessary. Thank you for your understanding, and we eagerly look forward to your stay.
Rachel