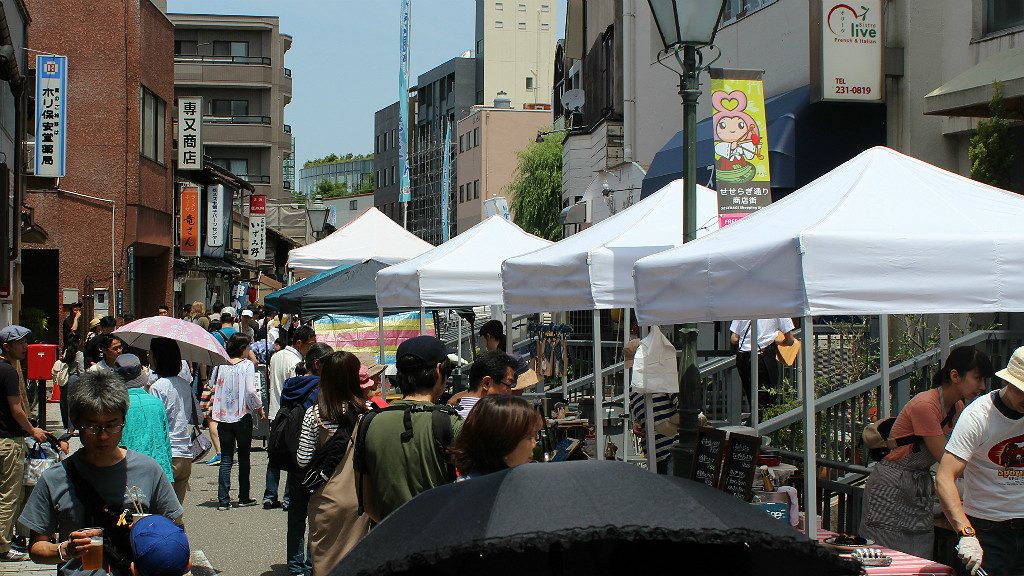 The castle town of Kanazawa has several moats running through the city, which once provided irrigation and message delivery in the Edo period. These days, the babbling waters provide atmosphere and enjoyment for residents and travelers. Bordering one of these moats is one of Kanazawa’s most charming shopping streets, Seseragi, whose name refers to the sound of the water itself.

In late May along Seseragi Street, booths of food, crafts and flea market goods open up during the Seseragi Marriage Festival. The stage in the street park hosts local performers, and young people hoping for luck in their future love-lives visit the street’s tiny, but popular shrine. 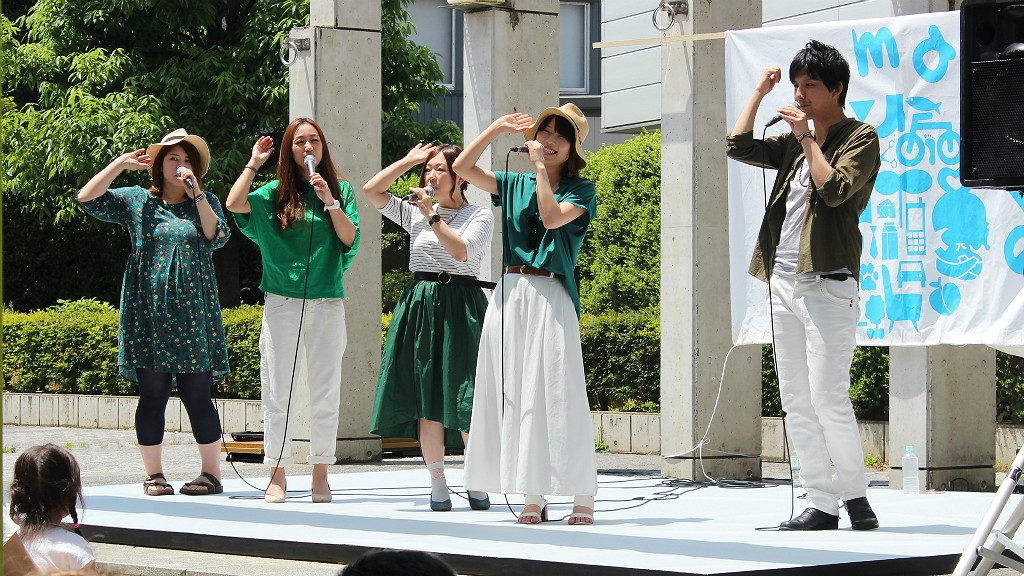 Throughout the event, local performers entertain in the local park’s staging area. 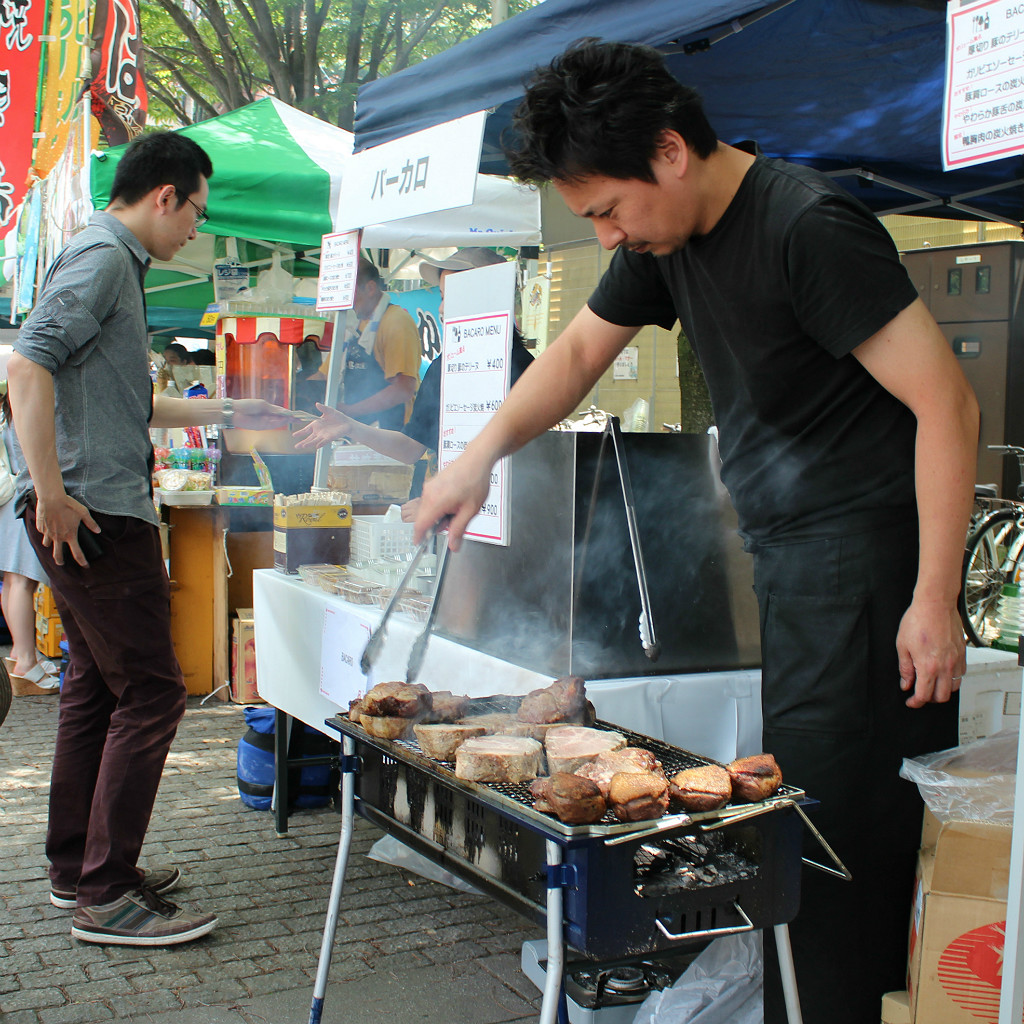 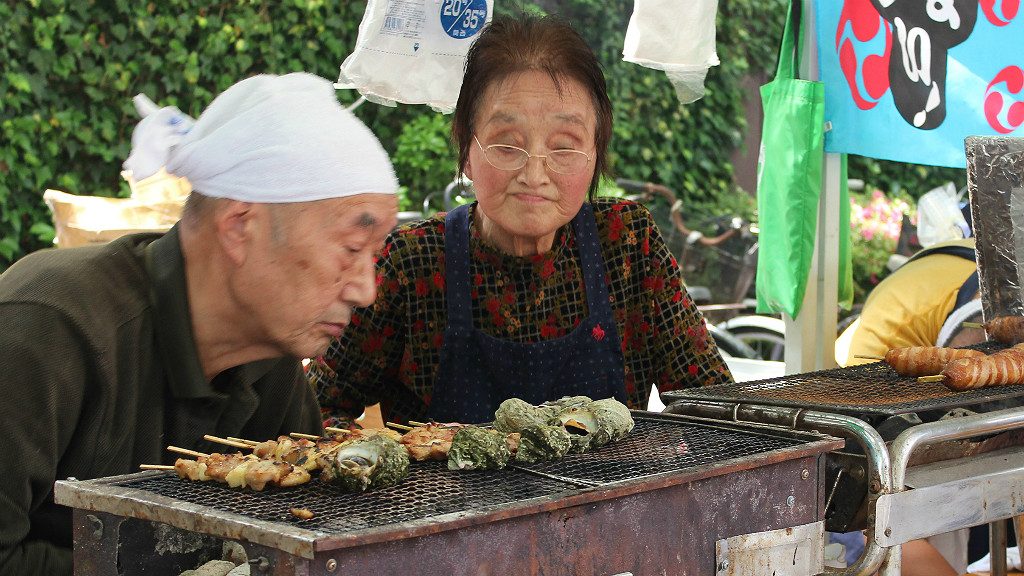 Barbecue is a bit hit at this particular street festival. 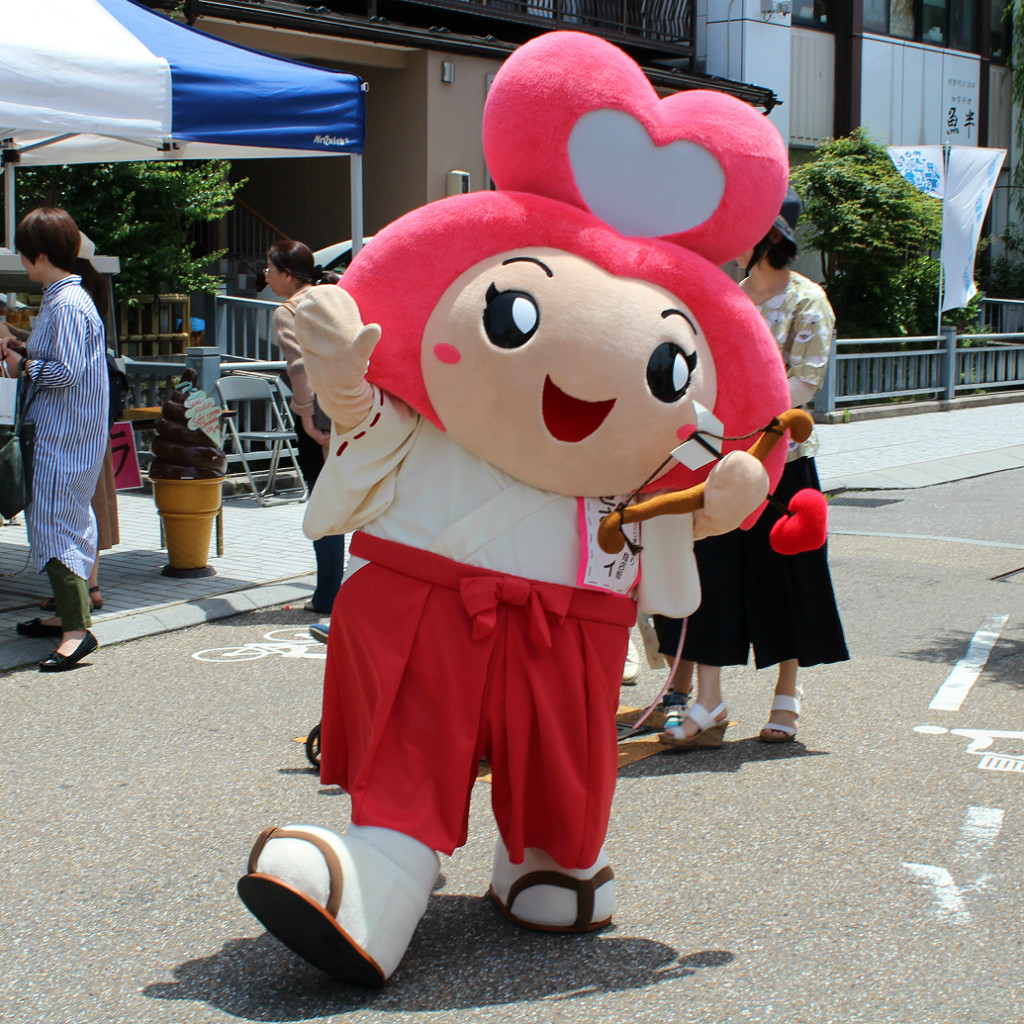 Seseragi Street’s official mascot, Sesami-zou, greets everyone along the street. She’s a miko, a shrine priestess, whose bright pink hair is done up in a heart and who carries a cupid-like bow and arrow. 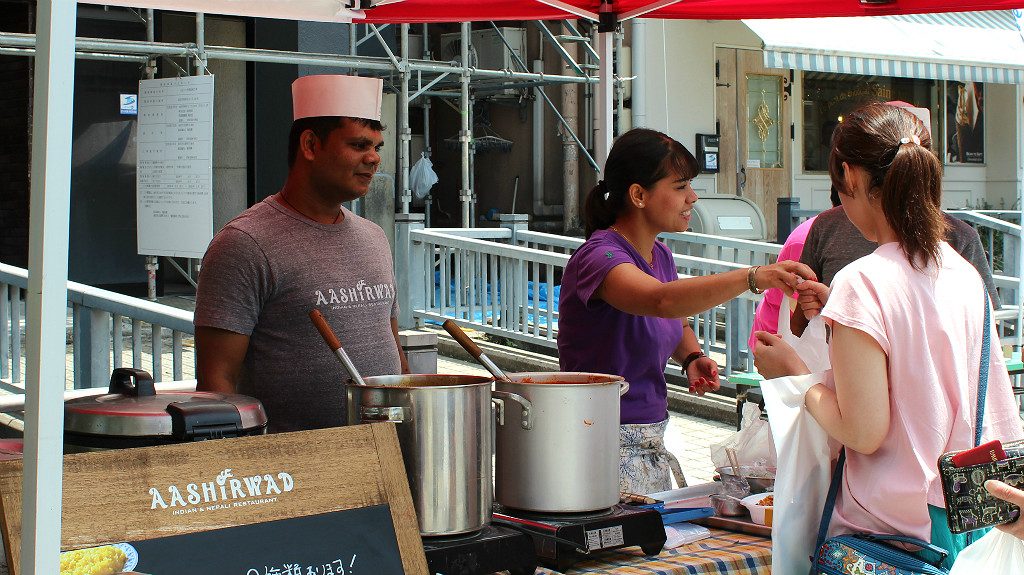 Many of Seseragi’s restaurants open their doors or set up booths of their own, like the Indian-Nepalese restaurant, Aashirwad. They almost always have vegetarian options, as well. 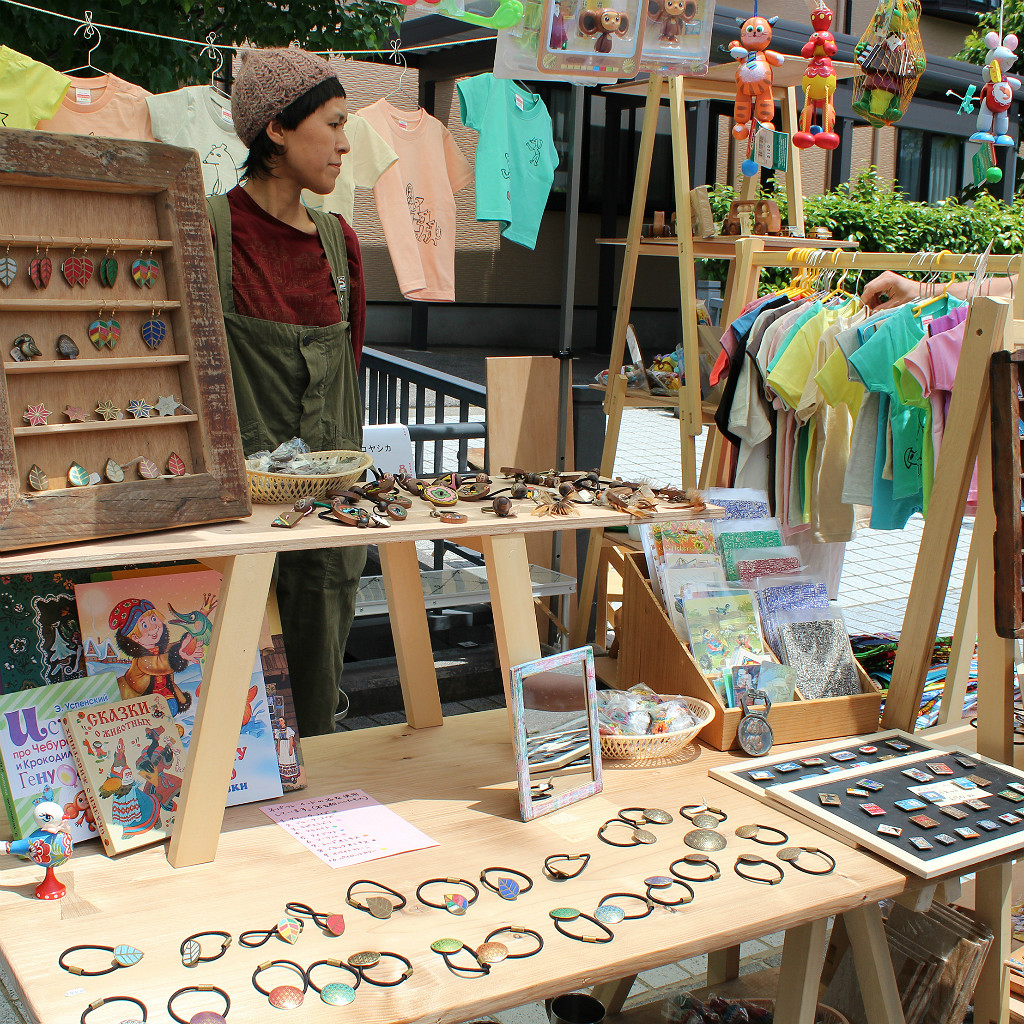 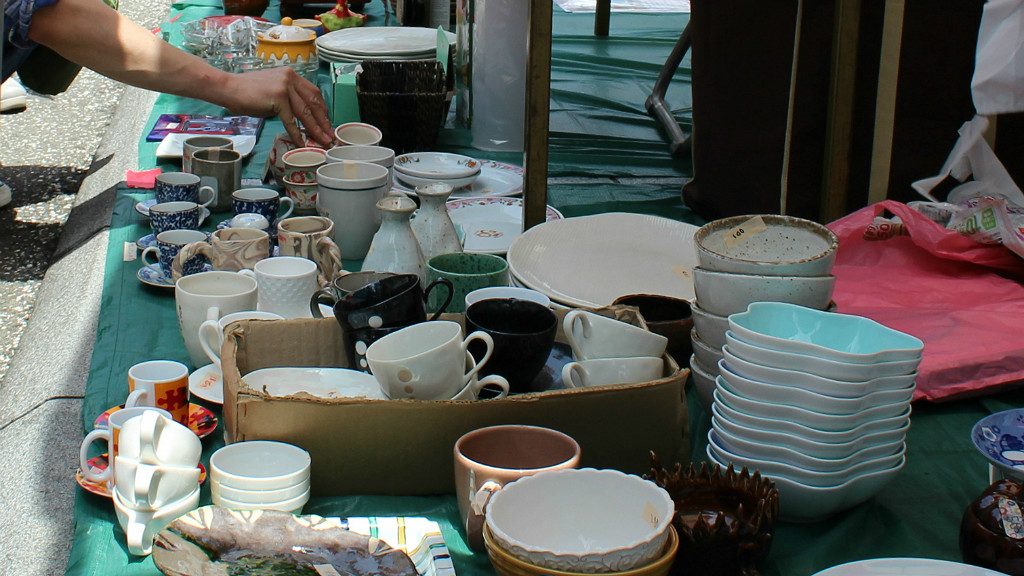 A number of flea market booths also open up for interested treasure hunters. Some items are inherited wares, others are hand-made or recycled from other materials 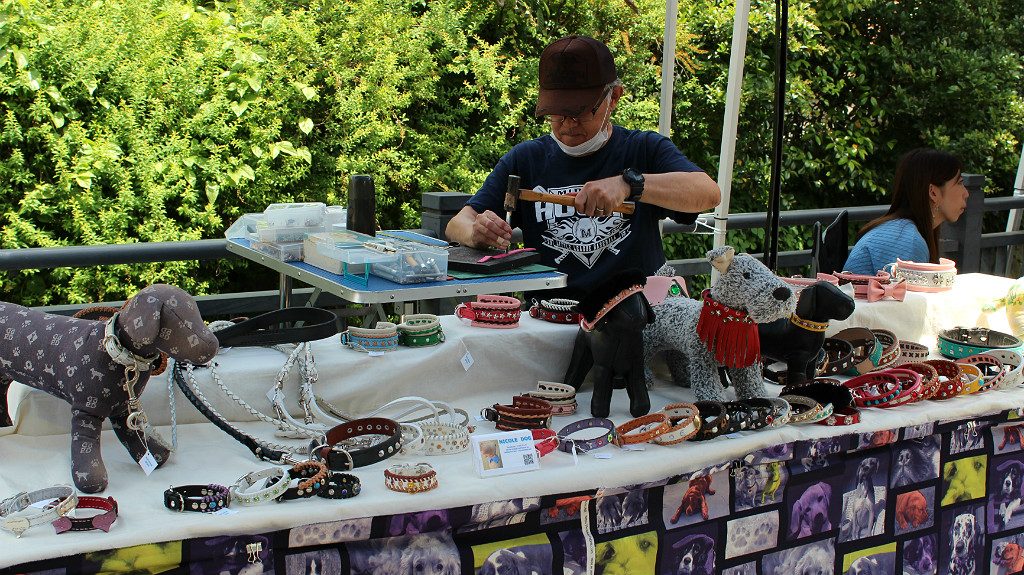 This booth’s artist works on site. Street fairs like this one are popular among the city’s many dog lovers, and you’ll see some four-legged visitors about as well. 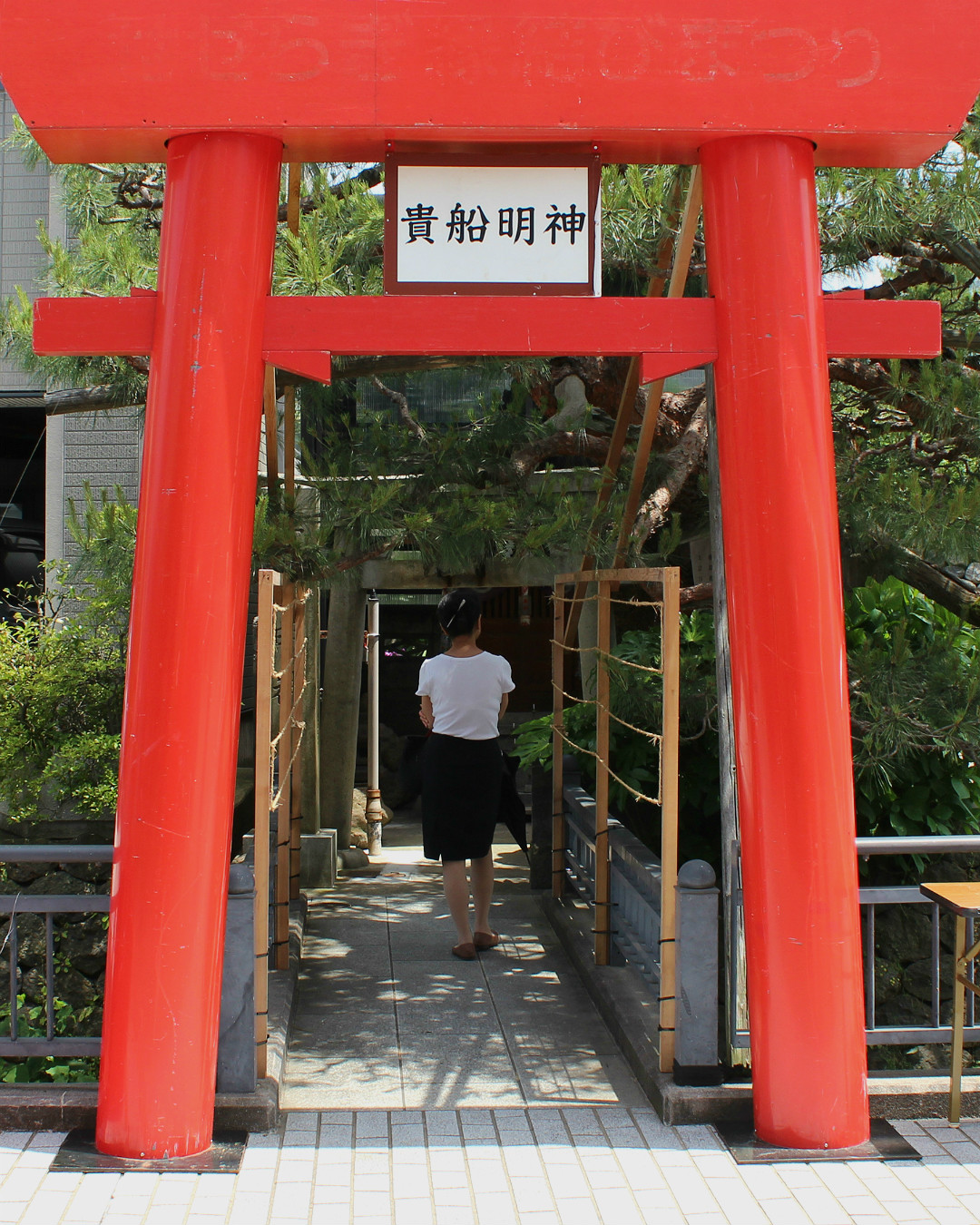 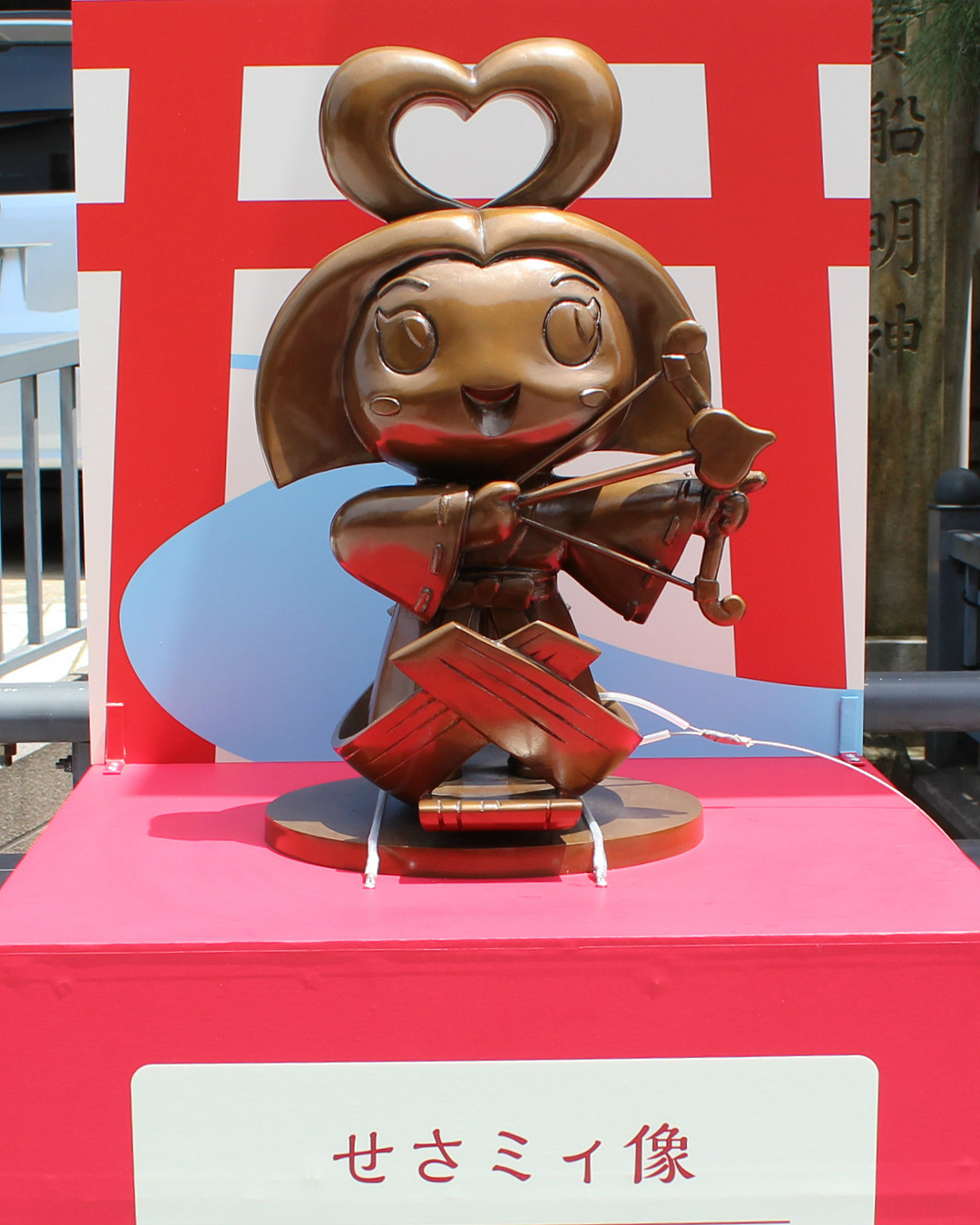 Near the end of the street is its tiny, but popular shrine. Temporary torii gates are set up to guide those looking for blessings in their marriages inside. Beside them, a miniature statue of Sesami-zou points the way.

Still looking for your “one true love”? Step inside for a Shinto prayer!

Seseragi-dori is located between Tatemachi Street and the Nagamachi Samurai Residence District. It follows one of the still-flowing moats that surround Kanazawa Castle. The street itself is one of several restaurant districts nearby.

In addition to the Marriage Festival, Seseragi-dori hosts several street festivals throughout the spring, summer and autumn. Information about upcoming festivals, as well as shop sales, can be found on their website (Japanese only).

The Seseragi Marriage Festival happens on a Sunday in late May every year.
Seseragi-dori is 500 meters from Kaname Inn Tatemachi.