We are descended from many generations of artisans who specialized in crafting the guards of Japanese swords, called tsuba. Originally based in the district of Owari-cho near Kanazawa Castle, our family dates back to when Lord Toshiie Maeda began what became Kaga-Hyakumangoku, the culture of prosperity that flourished around Kanazawa throughout the Edo era.

Alongside his work as a tsuba craftsman, our third generation ancestor, Jinbē, began a small, restful tea shop, “Tsuba-ya,” in 1752. This shop eventually incorporated his name as well and became “Tsuba-jin.”

Our family’s flavorful dishes, originally reserved for friends and acquaintances, rapidly grew in popularity. So much so, in fact, that the province’s chief vassal came to visit as well.

Even into the modern era, many with refined tastes both within and without the prefecture visit, and we have become a representative restaurant of Kanazawa for guests abroad. 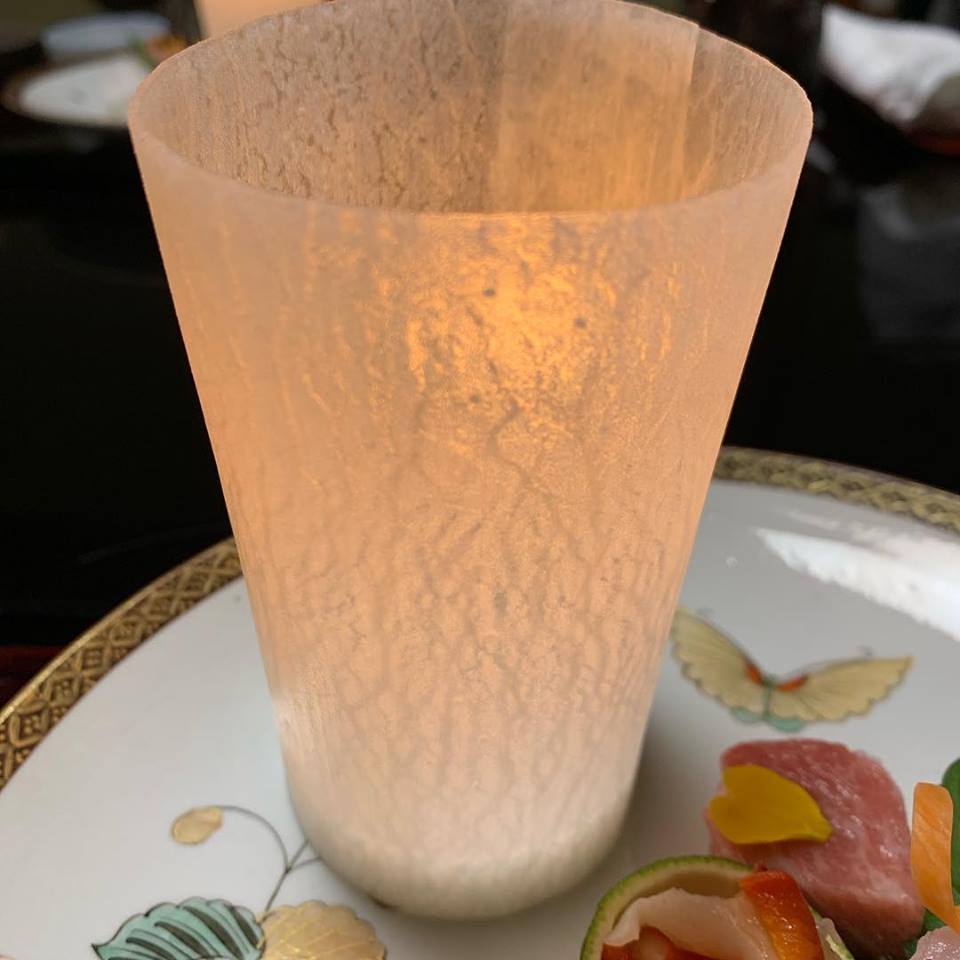 I had the privilege to be guided through the halls by the Head Chef Kawamura. I’d neglected to take a picture, but the tea room in particular floored me.

The dining room was darkened for the arrival of the first course, Hana Bonbori, “A Flower in Full Bloom.”

The candle-lit lantern that accompanied by dish was made of daikon radish so thinly and evenly sliced that it looked like Japanese paper. 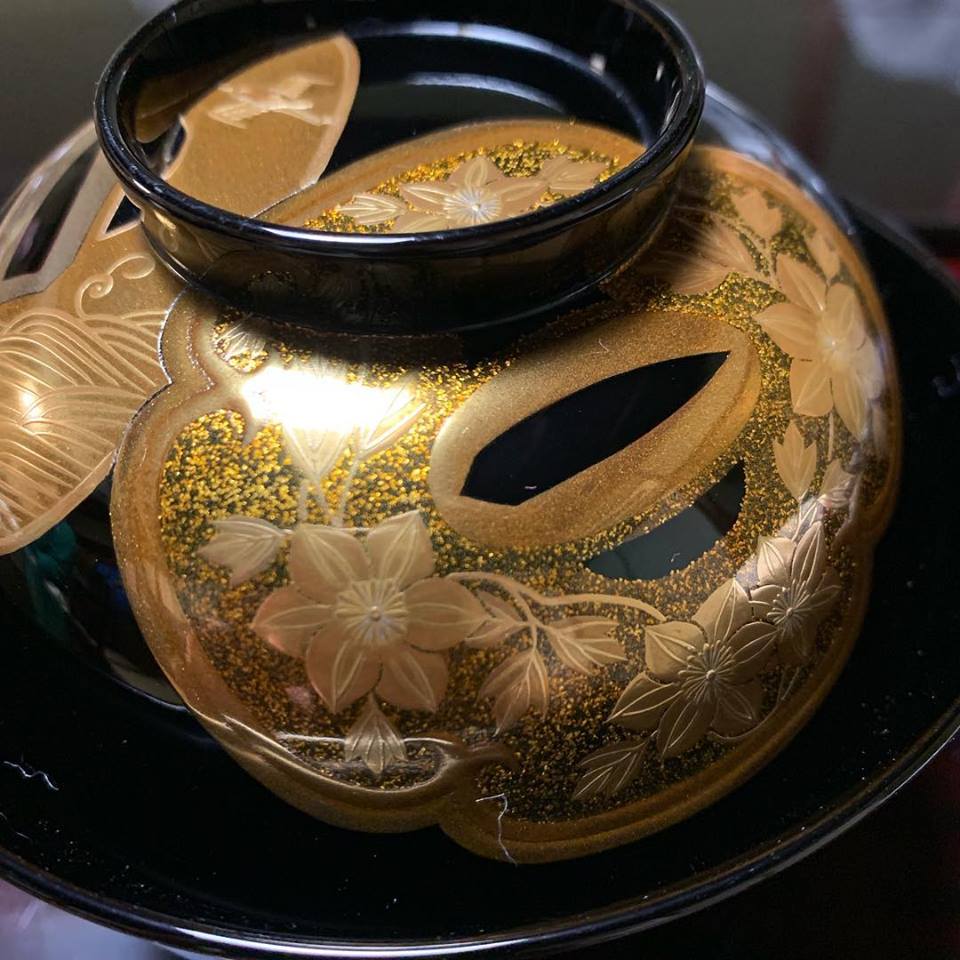 Next, a lacquerware bowl, decorated with gold and silver sword guards, was beautiful and winsome. It gave me a feeling that well-matched the delicate soup inside.

The bowl of bamboo shoots wrapped in thinly-sliced radish was so delicious as to be the most memorable for me. 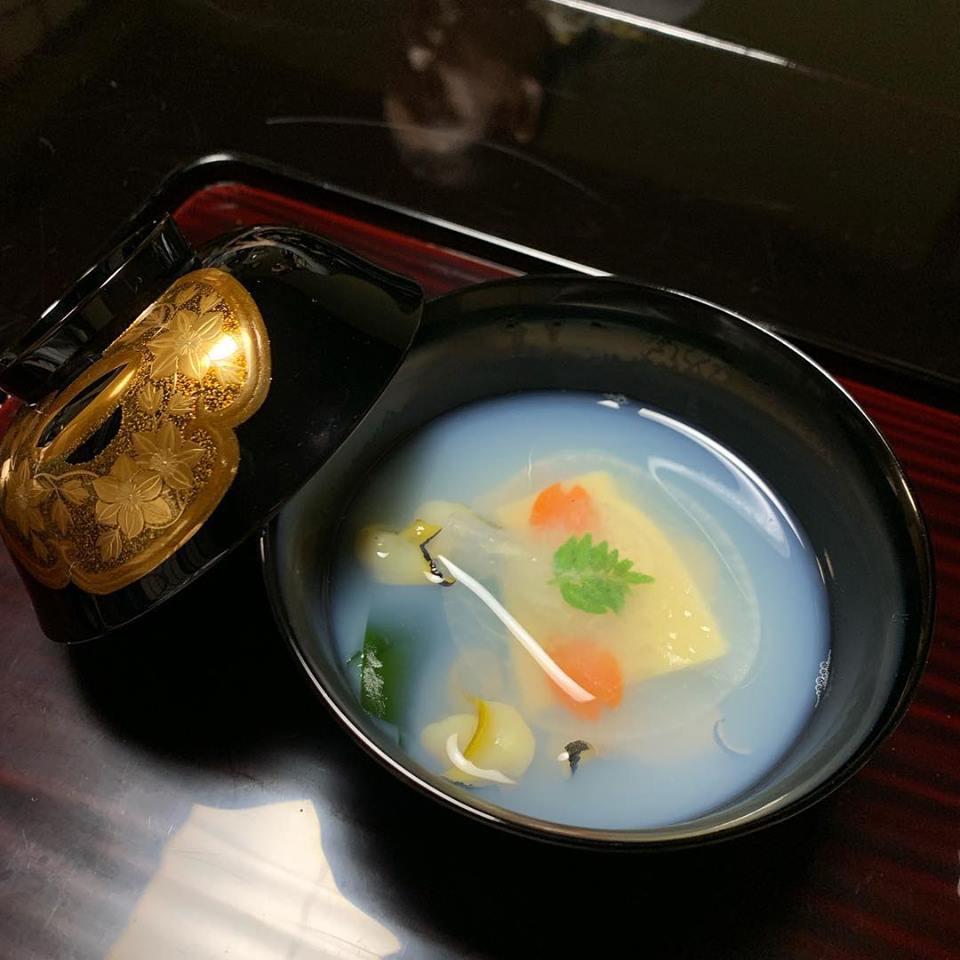 And then, a vegetable from the Noto Peninsula, Noto Musume Daikon, “Radish Daughter of the Noto,” a distinctly purple variety. I didn’t know this, but when you squeeze lemon over it, it turns bright pink before your eyes. It made me want to learn more about vegetables from that region… 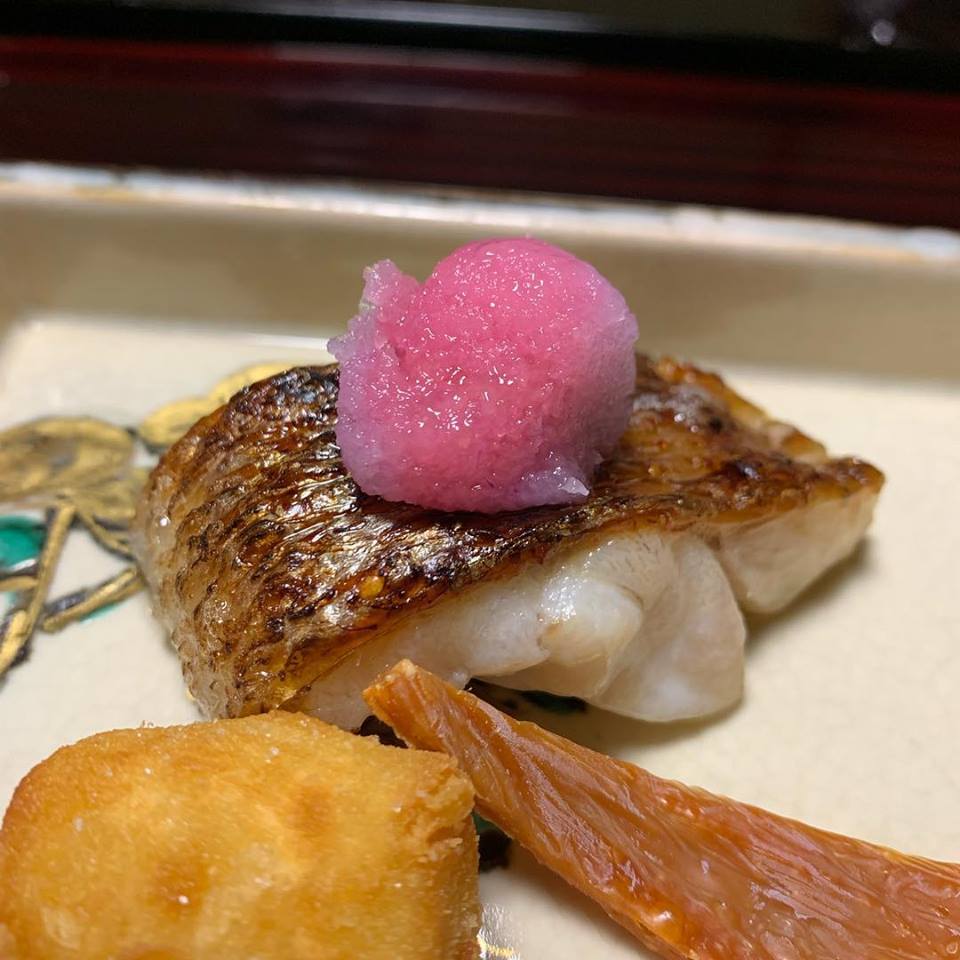 Of course, the food was delicious, but the way each dish mingled old and new transported me through time. I could completely enjoy the food, the atmosphere and myself.

advance reservation only
English reservations available through their official website