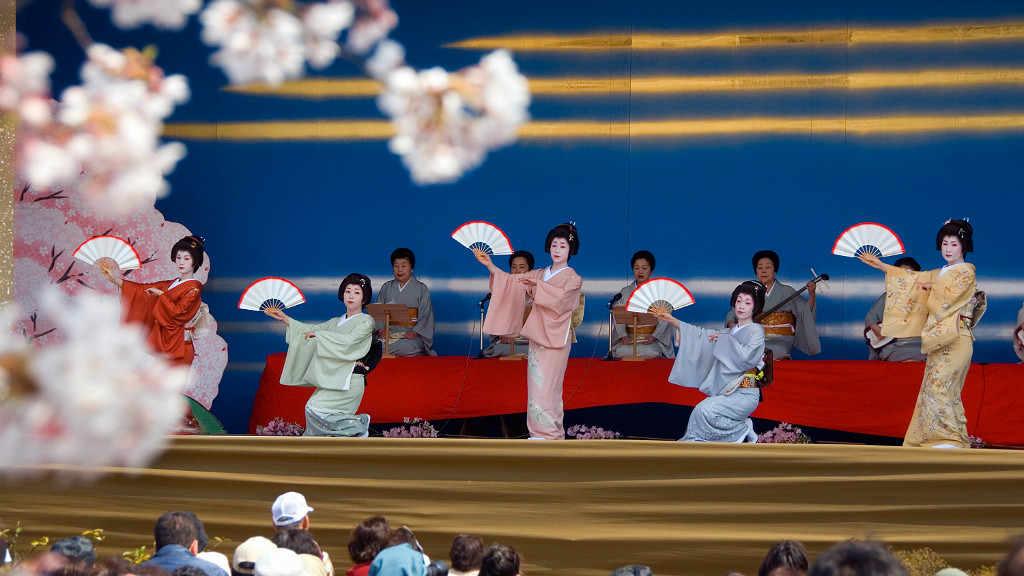 If you’ve visited Kanazawa, you’ll have heard or seen this word. It slips in here or there as a mark of tradition or wealth or simply anything Kanazawa. The phrase marks modern souvenirs and is heard in the oldest geisha’s songs.

The word is most associated with one of  names of Kanazawa: “Little Kyoto.” While Kyoto proper developed works for the aristocracy, artisans in Kanazawa appealed to the samurai class. 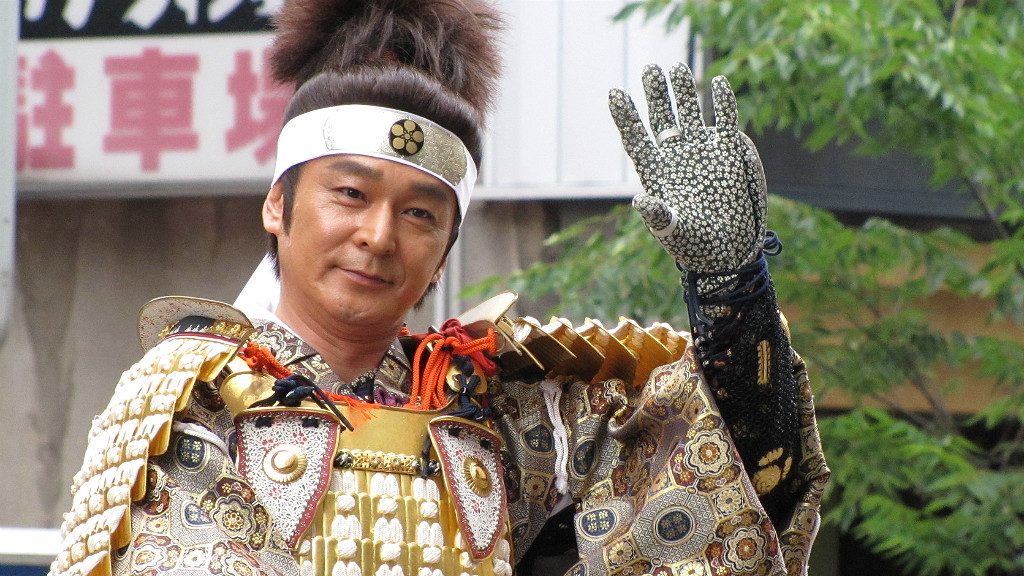 A word of living history

To appear less threatening, much of the wealth was not spent openly on amassing a military (though what was done in secret is another story) but on developing culture and the arts.

Hyakuman (百万) means “one million.” In Kanazawa and the nearby Kaga region, the word is often followed by koku (石), whose typical translation is “stone.” But just like its English equivalent, it functions as a measurement as well. Approximately 1.8 koku of rice would cover all living expenses for one person for a year. Wealth was often measured—and samurai paid—in a number of koku.

Whence cometh all that wealth? 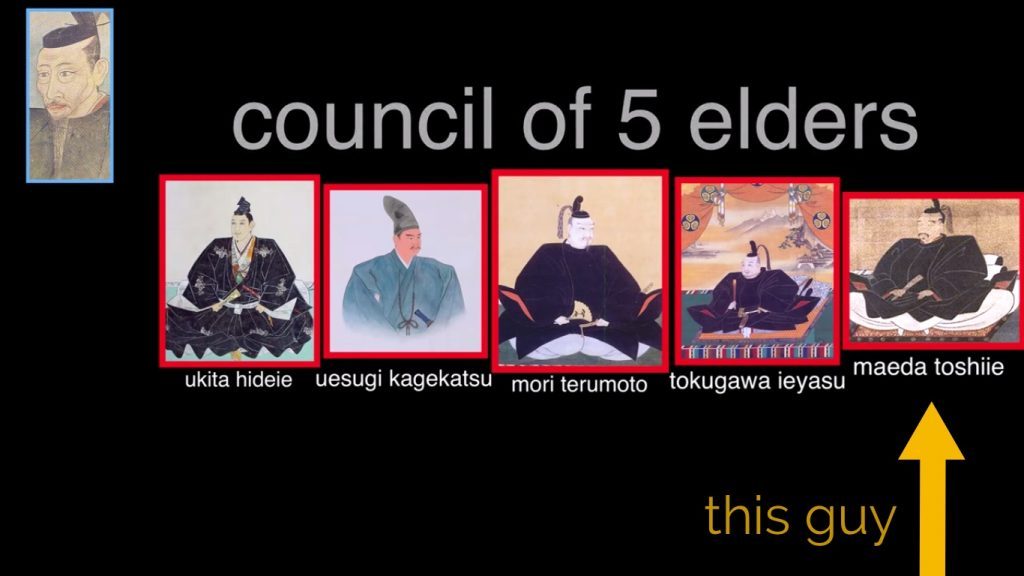 Or his descendants, at least. Though you may have seen Toshiie before…
(Original image from video “history of japan,” by Bill Wurtz)

Hyakumangoku refers to the measure of wealth the Kaga region attained during the early rule of the Maeda clan and the artisan culture they promoted over the following three centuries. Starting with Toshiie Maeda (pictured above), the first daimyo of the Kaga region, the Maeda’s promoted artistry and culture. Thereafter Kanazawa flourished, making the region the most culturally renown in all of Japan.

The Maedas became the richest clan in feudal Japan, second only the the Tokugawa Shogunate. (Both families merged with the marriage of their grandchildren.) The Maedas accumulated in their lands a net worth of one million koku—about 5 million bushels, or 48 million gallons, of rice—earning the area its nickname, Kaga Hyakumangoku. The phrase can still be heard in full in many traditional songs and remains a point of pride for generations of Kanazawa families.

The first weekend of every June, the city holds a Hyakumangoku Festival over three days, which celebrates the arrival of the Toshiie Maeda to Kanazawa Castle, and whose events include lanterns floating down the Asano River, taiko drum performances, a grand parade, acrobatics by the fire fighters known as Kagatobi, historical reenactments in full costume, three hours of dancing in the street, and even more at Oyama Shrine with katana-drawing demonstrations, fan dancing, ikebana (Japanese flower arrangement) displays, holy shinto rituals and public tea ceremonies. 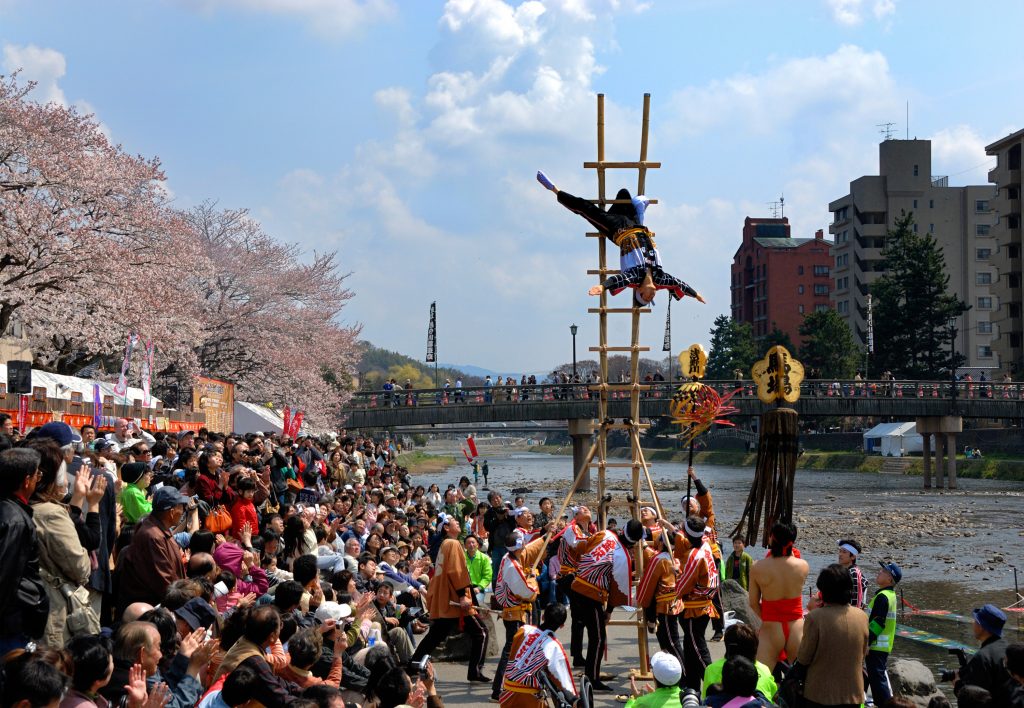 The parade passes follows a route along Hyakumangoku Road, from the front of Omicho Fish Market to the intersection of Kohrinbo shopping district, down a line of cherry blossom trees in Hirosaka near the 21st Century Museum of Contemporary Art, then wrapping around Kenroku-en Garden.

Hyakuman-san, whose name translates as “Mr. One Million,” is an okiagari, a doll that rights itself when knocked to its side. This okiagari is gold—representing Kanazawa’s domination in Japan’s gold leaf industry—and highly decorated in Kaga-yuzen style colors and patterns. This mustachioed mascot arrived with the bullet train’s connection to the Kanazawa in 2015 to welcome new residents, commuters and tourists to the city.

The next time you’re in Kanazawa, look for the Chinese characters that read “hyakumangoku.” Wherever you go in the “City of Gold,” they shout, “Welcome to the Samurai’s Crafts Capital!”