When I need to breathe free, I can easily find a refreshing nature-rich hide-away in and around Kanazawa. We’re so close to the mountains, to the beach, and especially, to forests, that I’m grateful to live here.

Let me show you some of my favorite green spots! 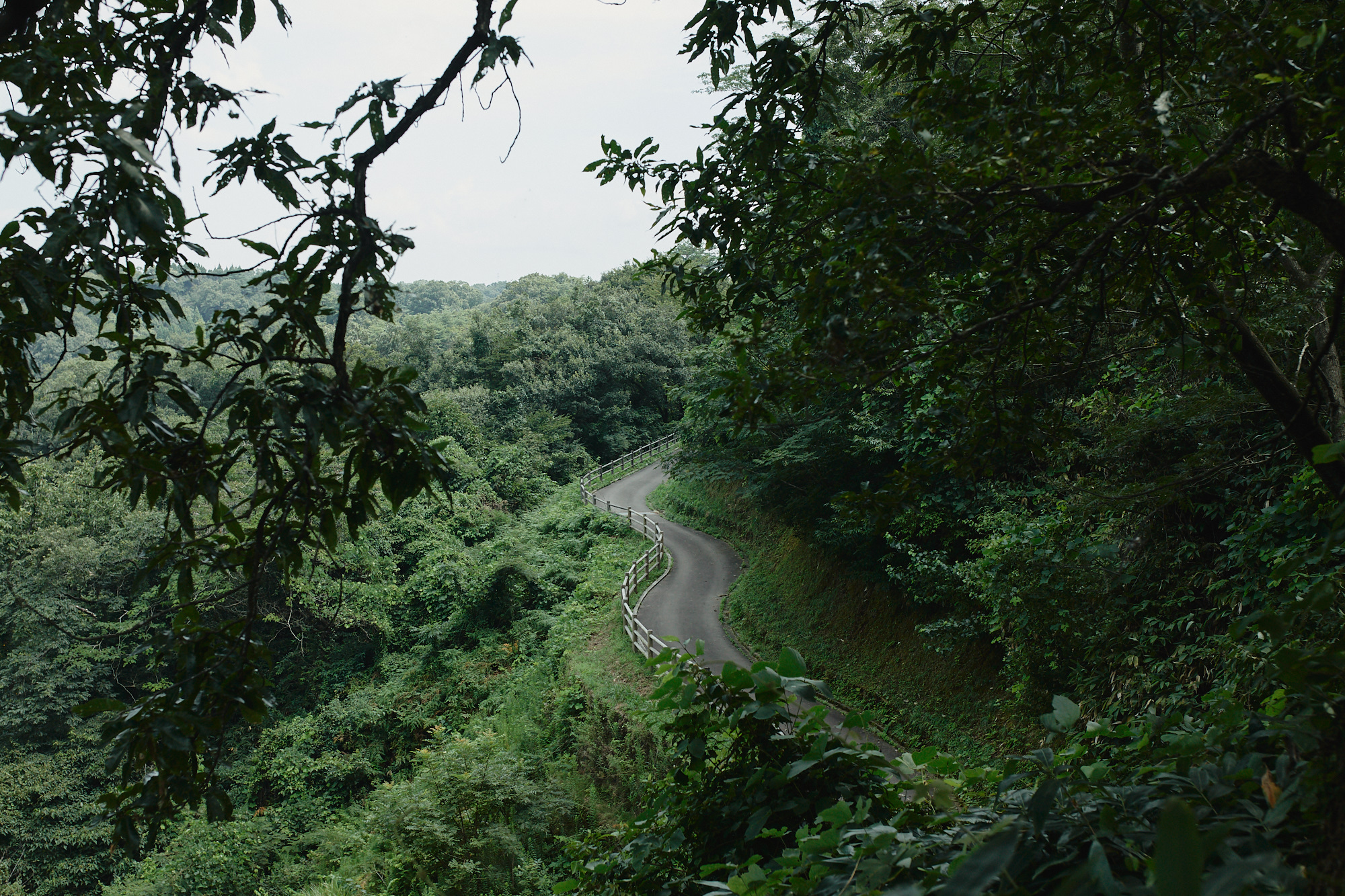 Japan has become a mecca for forest bathing, the act of surrounding oneself in the vibrant color and clear air of a living forest. Across the country, 62 forests are officially designated as “Forest Therapy Bases,” whose therapeutic effects have been recorded and confirmed. 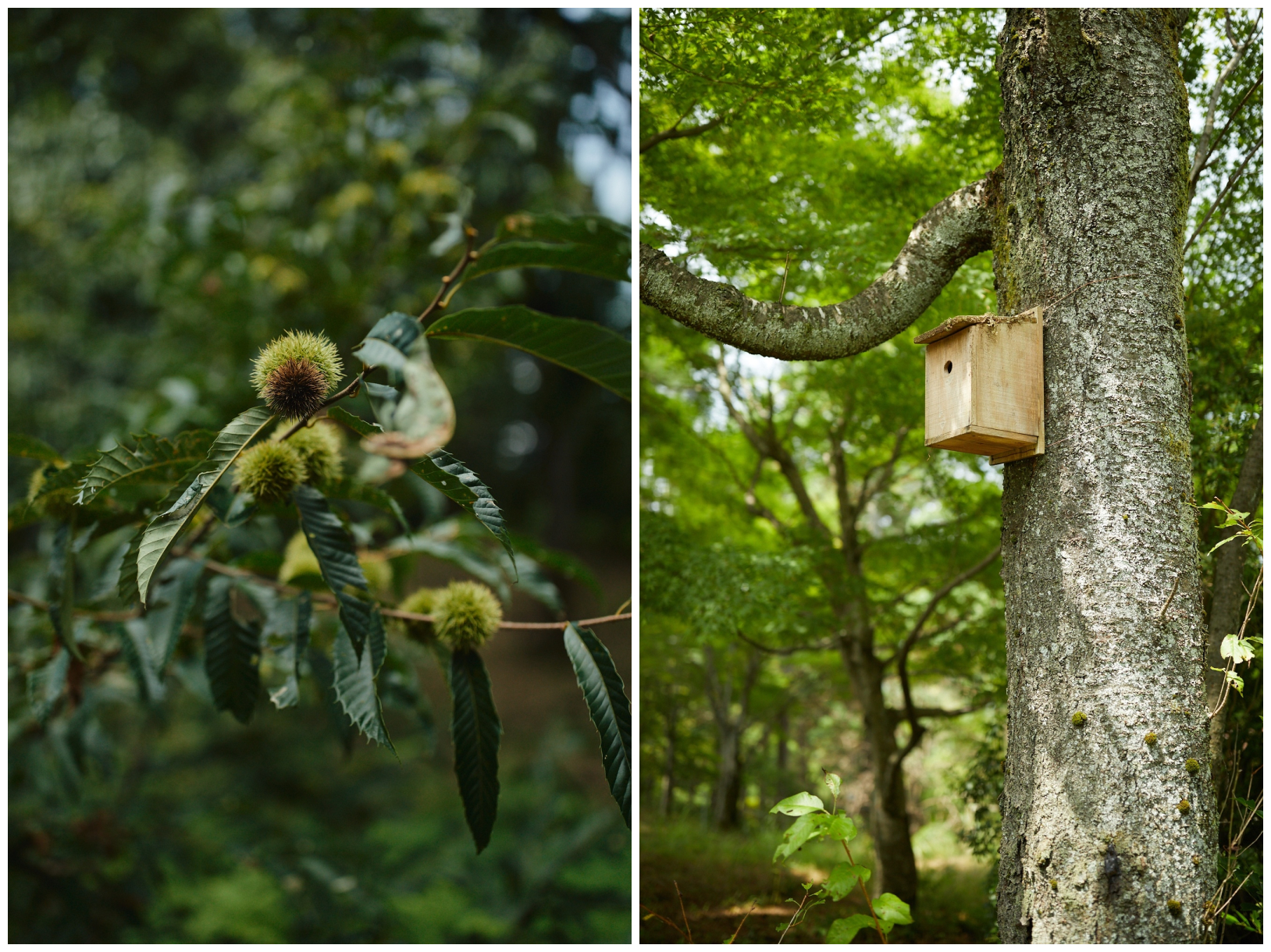 One such forest is Ishikawa-ken Forest Park, just north of Kanazawa, about 25 minutes away by car. It’s an excellent stop before or after your tour through the Noto Peninsula, but it’s also worth a trip on its own for forest lovers.

In addition to the lush forest, the grounds of the park include walking and cycling paths, a children’s park, a zoo area, a camping site and a restaurant with windows for walls overlooking the trees. Local families often visit on vacation or for a weekend get-away. 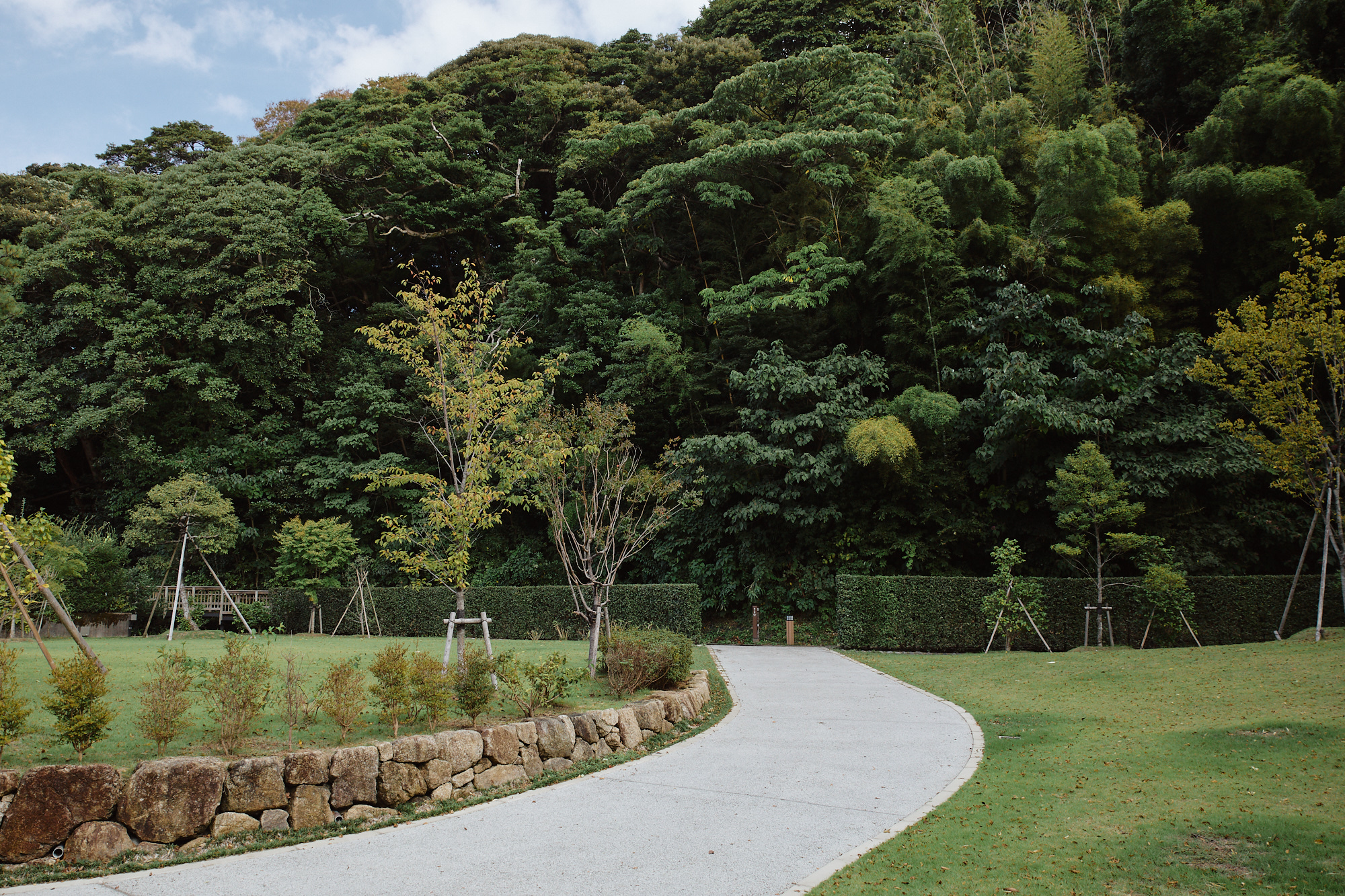 This private park once belonged to the richest samurai family in Kanazawa of the same name. It runs along the hidden Midori-no-Komichi, meaning “the Verdant Path,” from the Hokutoh Pottery, beside the Nakamura Memorial Museum, and up a stairway along a waterfall to the Ishikawa Prefecture Museum of Art. (Inside the art museum is a café where you can enjoy a view of Honda Forest over an aromatic cup of tea and an artfully designed mini-cake!)

This protected forest stretches all the way to Ishiura Shrine, the oldest in Kanazawa, sharing a corner with the 21st Century Museum of Contemporary Art and Kenroku-en Garden Park.

Greet a Sacred Tree within the City

Tada-no-Goyo-Matsu, as it’s said in Japanese, is a 500-year old white pine (also called the 5-needle pine), rumored to have grown from a bonzai. The trunk looks like a dragon spiraling up to the sky! Unusual, twisting trees like this are indicative of a “power spot” for us: a vortex of nature from which we also feel energy and gain confidence.

The tree is hidden behind one of the buildings between Kaname Hostel and Kaname Bar & Café. Not only is it a secret of the neighborhood, we believe it is a guardian deity of the area as well!

The Great Zelkova at Shinmei-gu Shrine 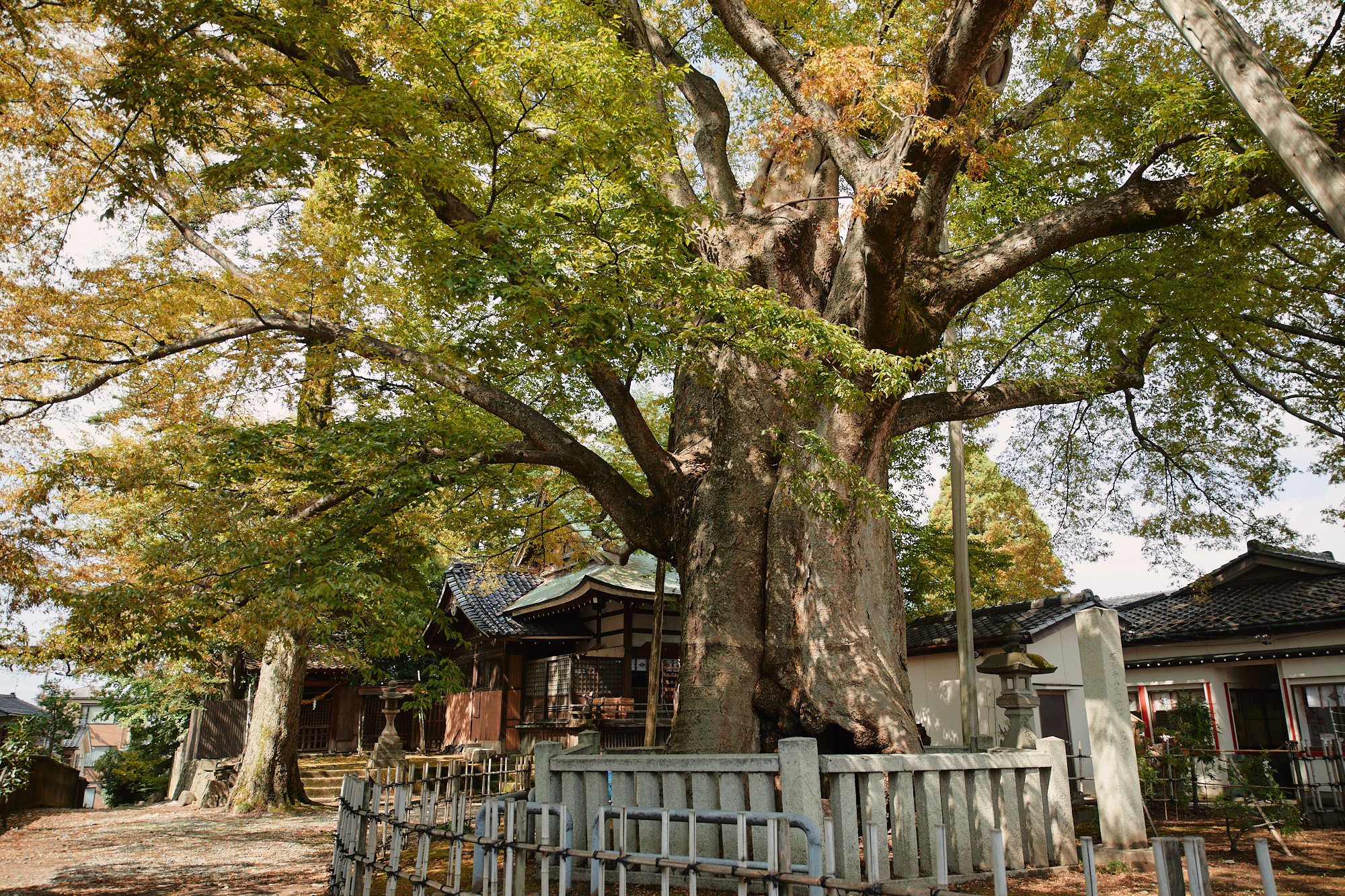 On the way to the Ninja Temple and the Western Geisha District, stop by the moderately sized Shinmei-gu Shrine on the main street. In the middle of their front yard is one of the largest and oldest trees in Kanazawa, Shinmei-gu-no-Ookeyaki. This massive Japanese zelkova is 1000 years old with a 7.83 meter circumference. Sugoi…!!

Red Pine of the Matchmaking Shrine 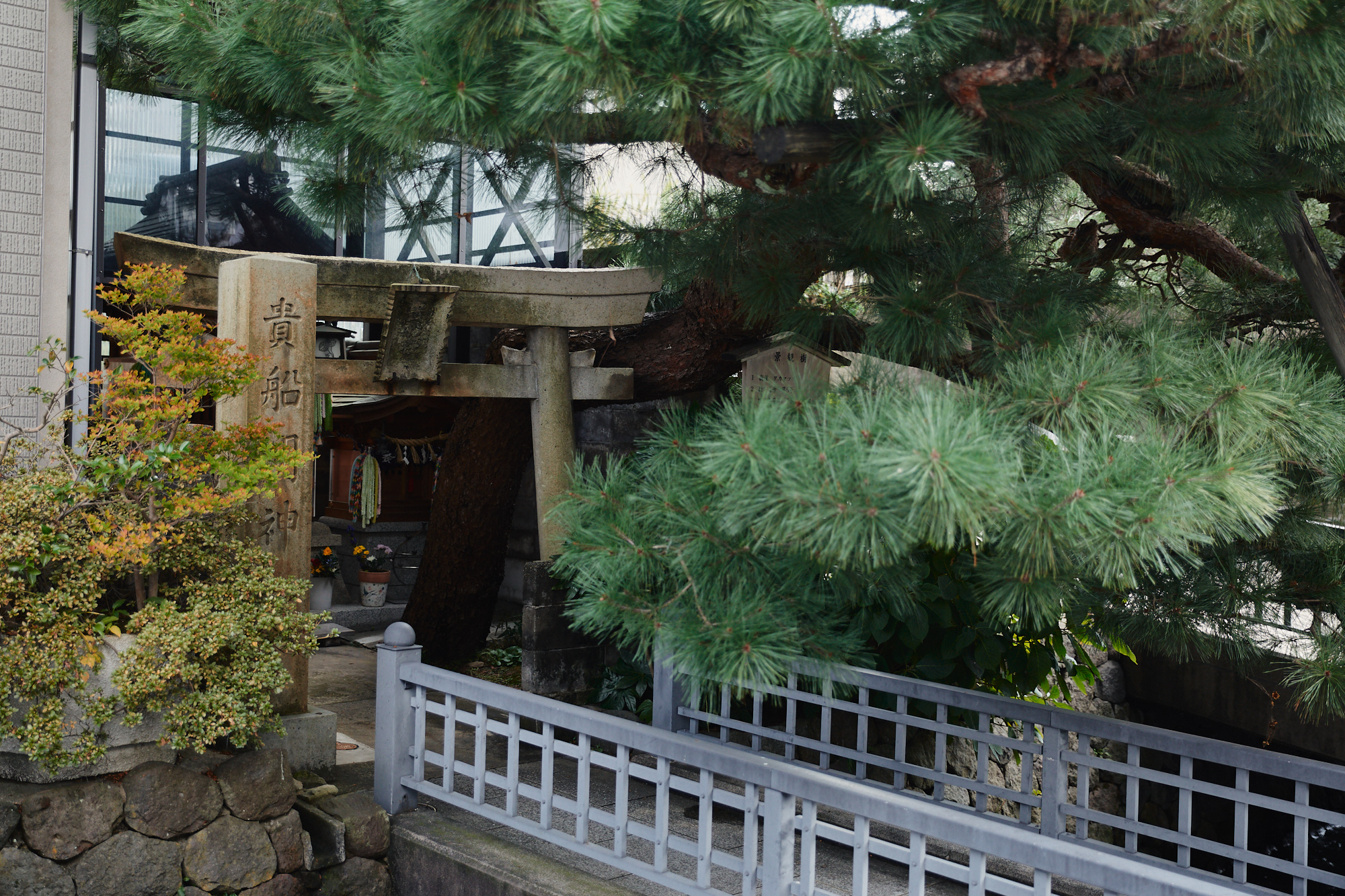 If you’ve walked along Seseragi Street, with its charming shops and cafes alongside a babbling moat, you’ve likely noticed this outstretching red pine.

This tree obscures the tiny Kibune Myojin Shrine beneath, said to have the power of matchmaking, or match-breaking. Which will occur depends on how you pray.

Approach from the south (following the flow of the moat) and pray at the smaller inner shrine on the right to cut ties with someone. Approach from the north (against the current) and pray at the larger inner shrine on the left if you hope for marriage. To get the most power out of your prayers, arrive at the shrine at 2:00 a.m. 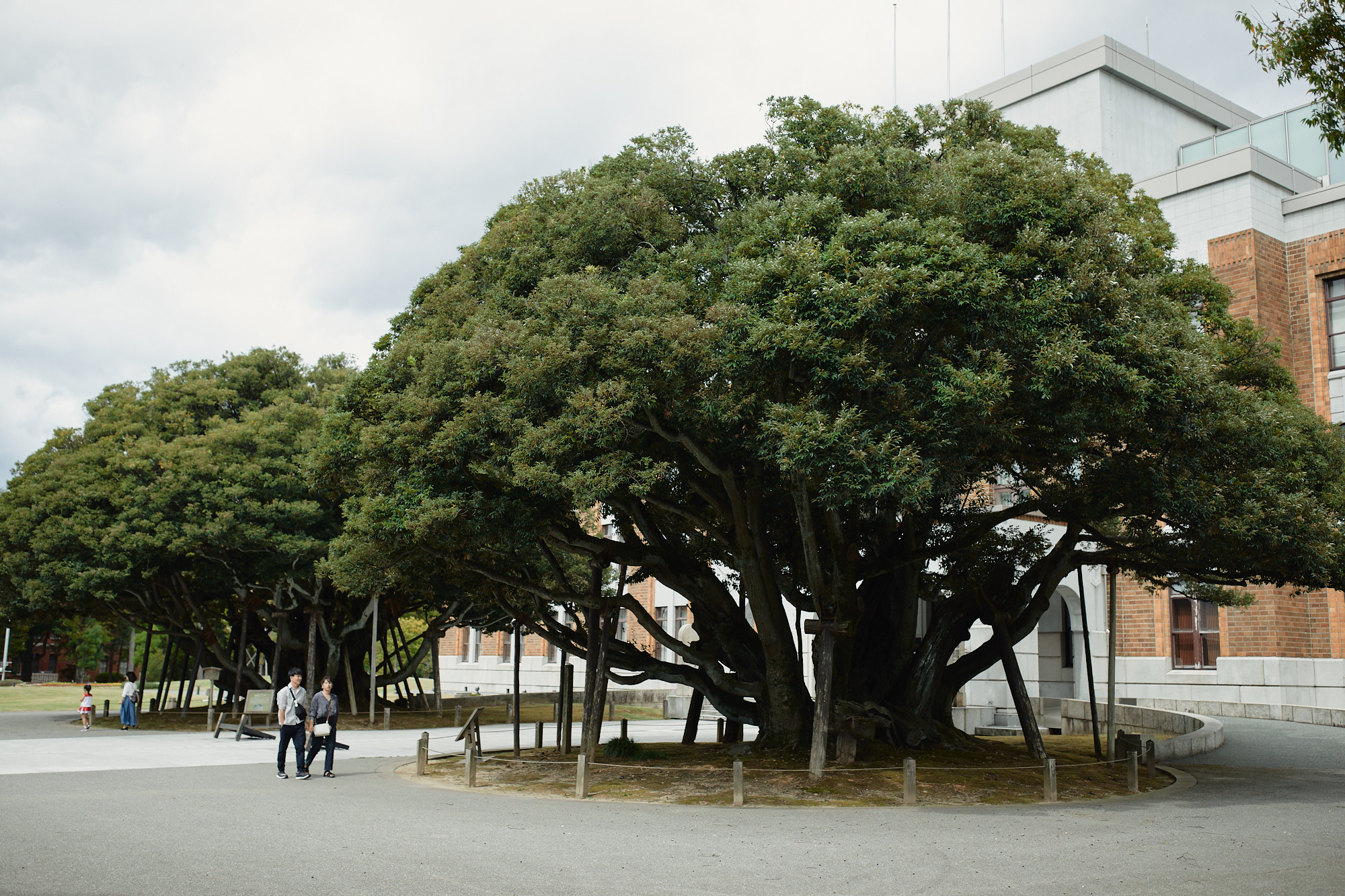 At the 300-year-old Shiinoki Culture Complex are two beautifully cared for shiinoki—the Japanese word for chinquapin, a kind of beech tree—from which the site takes its name.

area: between the 21st Century Museum and Kanazawa Castle Park and next to Kanazawa Central Park

Ascend the Most Famous Forest in Kanazawa

Gardens like Kenroku-en and the recently restored Gyokusen’inmaru are full of greenery to be sure. Throughout the city and beyond, shrines and temples tend to the nature on their grounds. But the best view is at the highest point in Kanazawa Castle Park, in the Honmaru Forest.

Once the site of the castle’s donjon, this forest is now full of protected trees along the path that leads from the Gokuraku Bridge to a breathtaking view. In one look, see Kenroku-en, the Honda Forest, the 21st Century Museum, and Kanazawa Central Park. 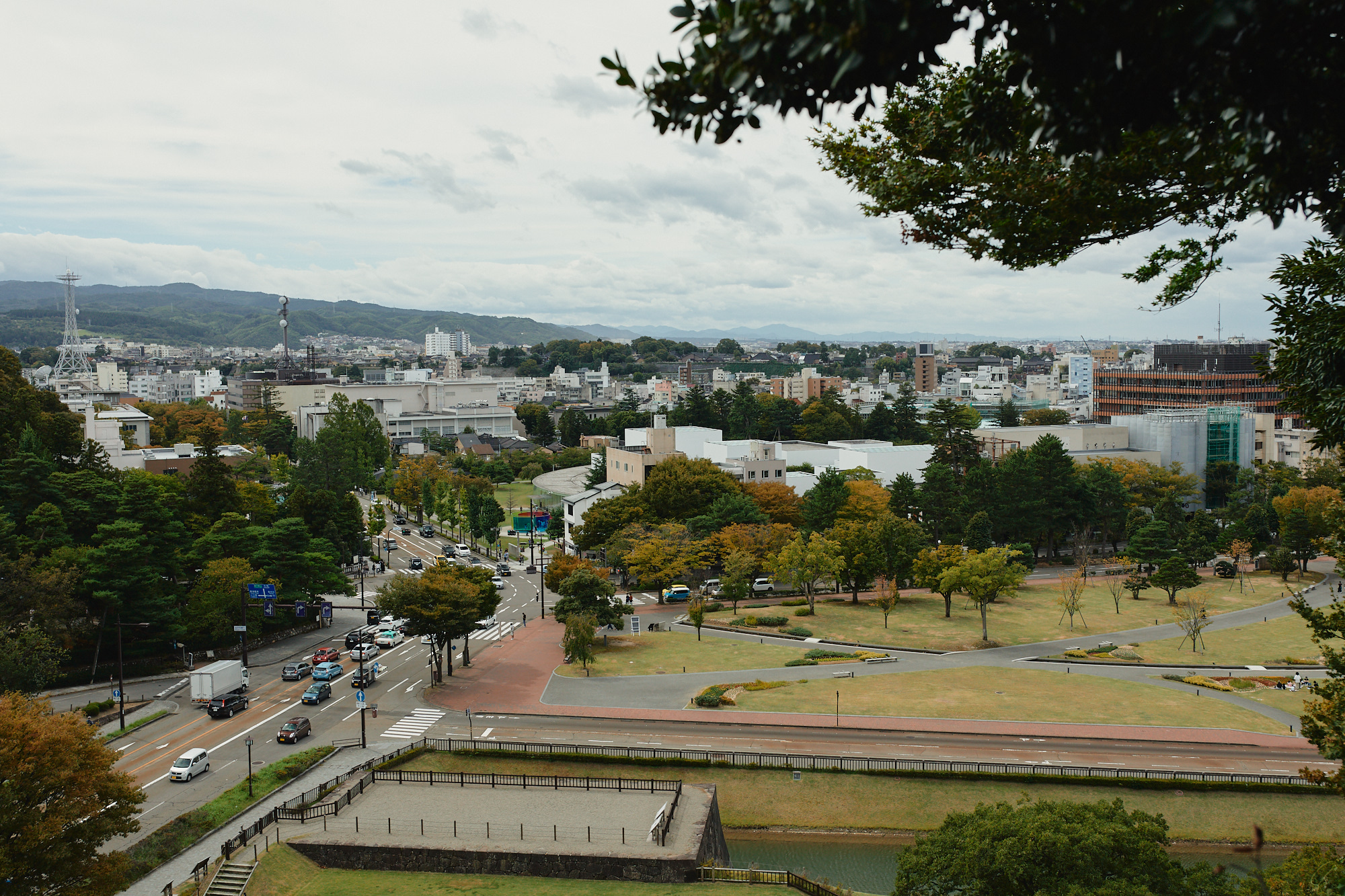 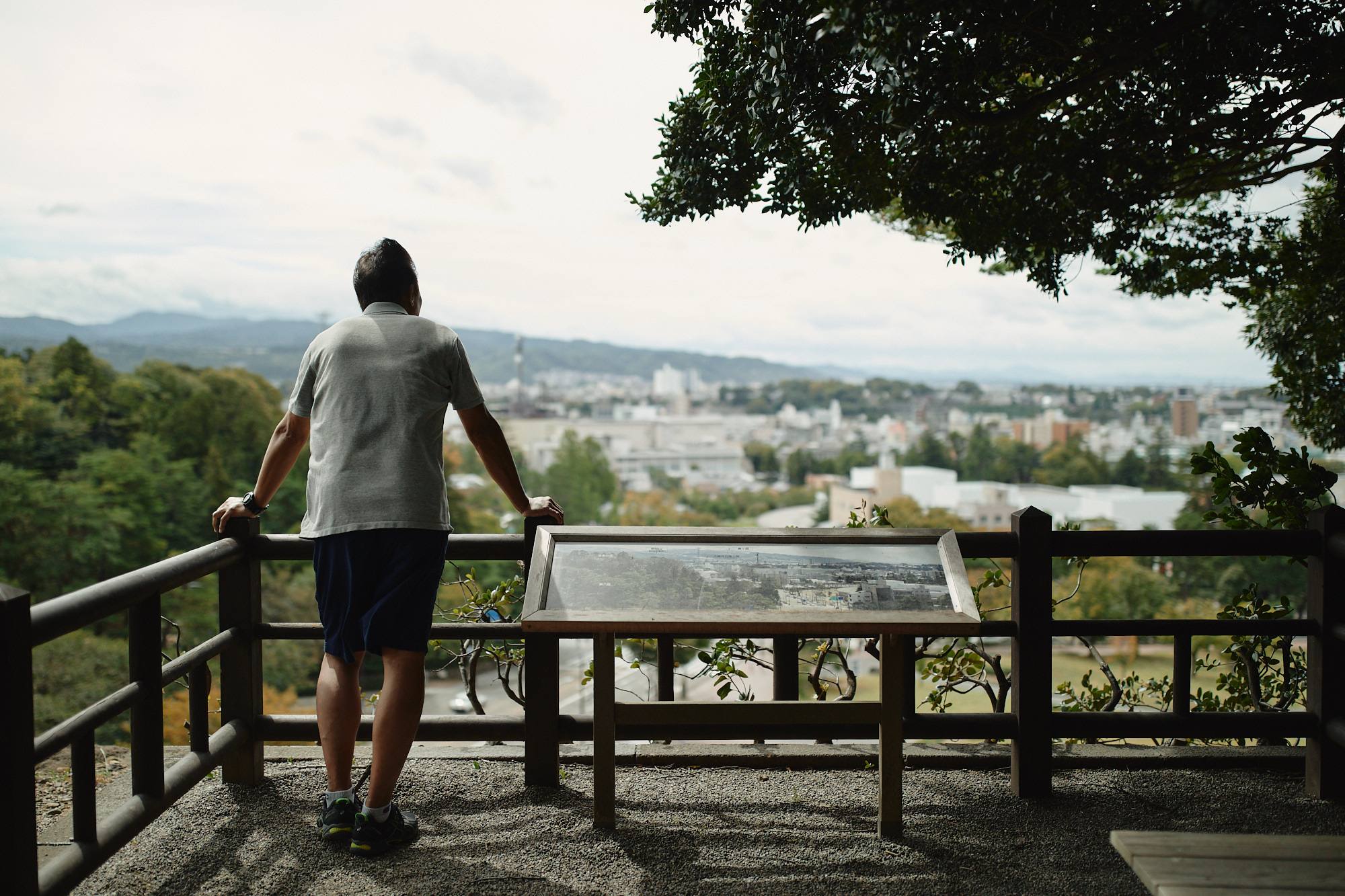 Where feudal lords once stood…

Notice concerning COVID-19: Information and services for the above sites may be temporarily suspended due to the coronavirus pandemic. Please check again close to the dates of your visit. Guests of Kaname Inn Tatemachi may also use our concierge service to make inquiries as necessary. Thank you for your understanding, and we eagerly look forward to your stay.
Nao